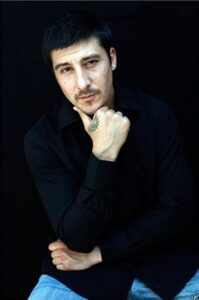 David Belle (born 29 April 1973) is recognized as the founder of modern parkour. While he was part of a group – The Yamakazi who are in a sense all co-founders, David’s father is likely the one who passed on the most direct information from the lineage of Georges Hébert- who was a pioneering physical educator in the French military. David starred in many of the earliest media projects to feature parkour, including the BBC short “Rush Hour” and a Nissan commercial.

americanparkour
•
Follow
APK is holding tryouts for the 2022 WCT Season! If you're interested in trying out, you'll need to do the following. Create a Tryout Video (Details for that are on our YouTube LINK IN BIO) Upload that Video to Google Drive and Share that video/folder with apksubmission@gmail.com The deadline for submissions is the Ides of March (if you don't know when that is, better find out) QUICK CLARIFICATION FOR OUR APK FANS This does NOT mean we are scrapping all our previous athletes, in fact you'll most likely see most of them again (because we have some BEASTS on our team) but we do want the best athletes for our teams (as the brothers say, they want to see the best people chase). So holding tryouts opens the doors for new athletes to enter the sport Now Good Luck! And remember, Don't Get Caught #parkour #freerunning #apklife #apkparkour #precisionsticks @worldchasetag @wctfans
View on Instagram |
3/6

americanparkour
•
Follow
Check out American Parkour Founder Mark Toorock's talk "Individual Together: Building Parkour and Movement Communities" as part of the Embodied Movement Summit. Please use APK's affiliate link (LINK IN BIO) to get your free ticket to this incredible event with over 27 expert presentations including Sebastien Foucan and Kelly Starrett . #parkour #freerunning #apklife #apkparkour #precisionsticks
View on Instagram |
4/6

americanparkour
•
Follow
And that's day 1of the APK Coaching Cert! We had great discussions about the qualities and foundation of a great coach here at @swiftmovementstudio Now it's time to prepare for day 2! . #parkour #freerunning #apklife #apkparkour #precisionsticks
View on Instagram |
5/6

americanparkour
•
Follow
Time to start the week, and we'd like to start it with a smooth set of tac flows from @d3fythenorm . How do you start you week? . #parkour #freerunning #apklife #apkparkour #precisionsticks
View on Instagram |
6/6
Recent Posts