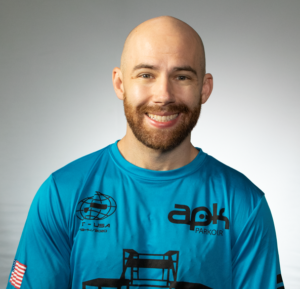 Travis is team captain of APK Blue and has been working throughout his tenure in the sport to improve others’ abilities and enjoyment of parkour. As a parkour coach and director of training at APK Academy, he’s using his knowledge to give APK Blue a competitive advantage through workouts and strategy sessions. A parkour practitioner for 14 years, he built upon a youth of competitive ice hockey to be regarded as one of the strongest athletes in parkour. Travis previously competed in parkour competitions around North America landing on podiums at the NAPC and Beast Coast speed competition, as well as placing as a finalist on televised comps Jump City Seattle and American Ninja Warrior. 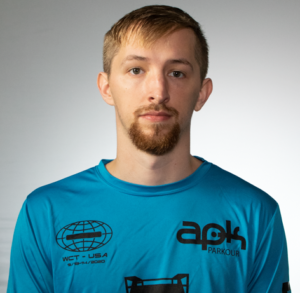 Chase Tag is a lifelong dream come true for Jesse. Growing up, he would practice routes on the playground during the summer to be the best at tag when the game was played at recess. That focus and determination even as a kid indicated big things to come for Jesse and proved true as he opened his own parkour gym, Phoenix Freerunning, and became one of the fastest athletes on the parkour competition circuit, highlighted by a win at the HUB skill and speed comp as well as a second place finish at the Beast Coast speed comp. Outside of parkour, Jesse enjoys spending quality time with his fiance and their dog, climbing, hiking, traveling, playing video games and watching anime. 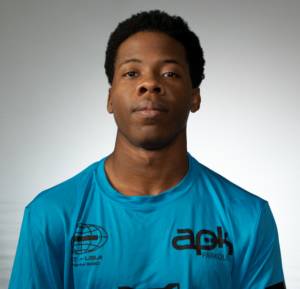 JB is a man of few words and a cool, calm, collected style. An aspiring stuntman and actor, he’s always looking to build clout and raise his profile. Despite his reserved personality, he lets his skills do the talking and it’s hard not to take notice when he busts out double-sideflips and double-frontflips outside! Despite being only 20, he’s been in the parkour game for almost half his life at 8 years, which surely contributes to his confidence. When asked what makes him different from other athletes his answer was simple- “I’m JB!” 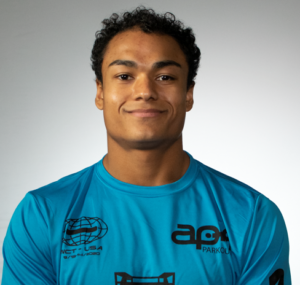 Sarin is the fittest man in DC, head coach at Primal Fitness, and an absolute force of nature athletically! With almost no parkour experience, Sarin will test the limits of how pure power and the generalized nature of his training stacks up in the sport of Chase Tag. Coming from a multi-sport background including soccer, wrestling, rowing, football, and tennis, he also has a broad range of personal interests that include building computers and saltwater aquariums, mountain biking, and fixing everything he can get his hands on from Iphones to porcelain. Sarin is a true wildcard since no one has seen him perform in parkour, and his unknown status coupled with his imposing stature will surely bring an intimidation factor to the Chase Tag Quad! 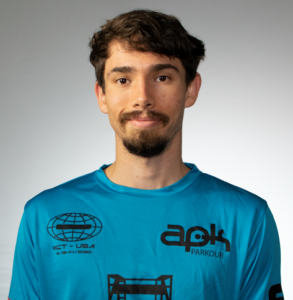 Brother’s nickname came from being the little brother who tagged along to parkour jams attended by his older brother who was training him in the discipline. Over 11 years of training and hard work, he was able to keep up with the older athletes at jams, and eventually became one of the best parkour athletes around, doing well in parkour speed competitions and becoming a coach at APK Academy in DC. He still sees himself as an unknown and an underdog, which he feels will give him an advantage when he finally shows everyone what he can really do. An avid gamer, Brother’s training for Chase Tag included playing DDR and getting into the competitive spirit with Smash Bros. He hopes to bring some legitimacy to parkour training with a graduate degree in physical therapy focused on the movement arts! 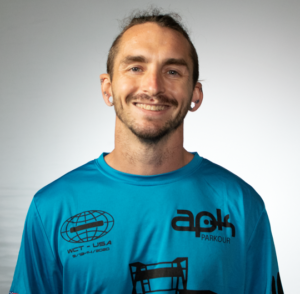 Eric is the grand master parkour technician, with over 20 years of training and still going strong! A nomad and free spirit, he’s lived all over the US including highlights like Hawaii, Washington, Utah, and currently Texas. Eric sees movement as the best way he knows to interact with the world and the lens through which to see life. Growing up he was always jumping and flipping in sports like gymnastics, diving, and cheerleading. His exploits as a parkour athlete have made him well-known in the community for his fluid, creative, and altogether unique style, leading many people to consider him one of the stand-out athletes in the World Chase Tag competition. He’s always traveling and searching for new places to hone his craft as well as expand his abilities by learning new skills such as scuba diving, wakeboarding, mountain biking, motorcycling, and skateboarding. 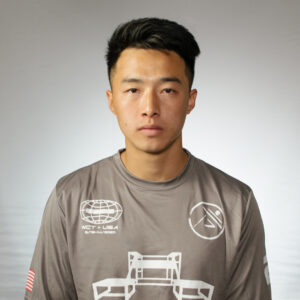 Wenxin is the team captain of APK Gray. He was raised in Michigan and has been training Parkour for 13 years. He has been actively involved in the Parkour community since his start in ‘07 and specialized in speed and movement at height. He originally picked up a camera to document his Parkour journey. This eventually led him to content creation for brands and working as a digital marketer. You can find his work at www.wxymedia.com. 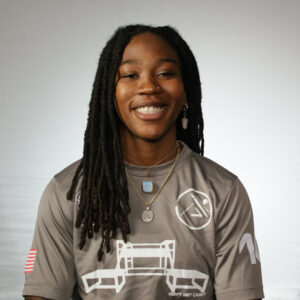 Ashlee is a former D2 women’s basketball team captain and point guard. She was the former operations manager for American Parkour before moving back home to Texas and currently works as a general manager and coach for fitness/ninja warrior facility. She is an extremely dedicated and fearsome athlete that is always willing to do whatever to help the team win. 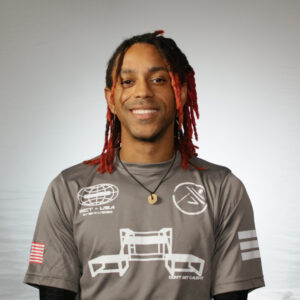 Jay James is a professional Parkour athlete & martial artist who founded Rahyz Cary Fitness – a traveling Martial arts and Parkour family, obtained his first two Martial arts sponsorships at the age of seventeen, and is a world class professional Parkour athlete. Jay has over one hundred Parkour students in the triangle area of North Carolina, and designed/launched his own fitness business and clothing line under the brand ‘Rahyz Cary Fitness’. Along with his training lifestyle and career, Jay is also an artist, designer, marine biology intern, guitarist, singer-songwriter. 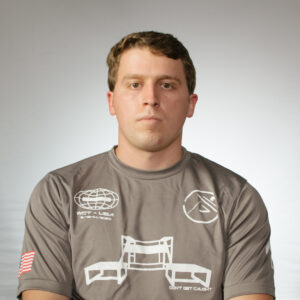 Mark started doing parkour 9 years ago when he was in high school. In 2019 (with a little nudging from the lady he would later marry) he began branching out into the community. This led to him qualifying and competing in NAPC for speed and skill, and being more involved in the greater Parkour community. Him and his wife currently live with a great Dane puppy named Colt, soon to be the size of a small horse. 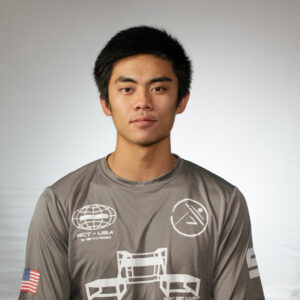 Ethan Guzman has been training for 5 years and competed in multiple international competitions around the world. Parkour is a main focus in his life and currently runs a YouTube channel, Instagram, & TikTok with over 100,000 combined followers across platforms. Ethan is a very structured athlete that enjoys analyzing everything he does in training and life, to make sure both are as efficient as possible. 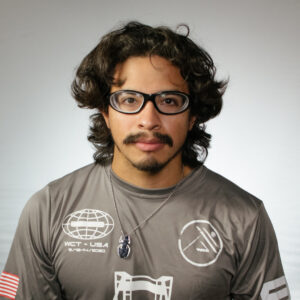 Frank is a veteran of World Chase Tag, with this being his second time competing. Frank has been playing and training parkour since the fall of ’09 (11 years). He come from a background of playing video games and watching TV, but has always loved climbing stuff. When he found out about parkour with a group of friends, he didn’t want to do anything else. Parkour has played a part in giving him the tools he needed to both improve as a person and as a practitioner. Parkour has allowed Frank make lots of friends all over the world, run workshops, attend jams, and competed in numerous parkour competitions (even placing at some NAPC qualifiers). He currently serves as a Parkour program lead at Urban Evo, a lead coach at PKMove, and a future lead coach at the soon-coming Kiskeya athletics in McAllen, TX.