From the origins of Parkour rooted in France, leaping over to the United Kingdom where he branched out and created Freerunning, Sébastien Foucan’s life has always been about movement and freedom of expression.

He was there alongside David Belle and the other Yamakasi in the Parisian suburb of Lisses, where they adapted obstacle courses to urban environments, turning “parcours du combattant” into the discipline we now know as Parkour.

After moving to London, Sébastien further developed the practice by imbuing it with a new philosophical approach, and created Freerunning. The term (which was coined while filming the documentary Jump London to present Parkour to the English-speaking world) has come to represent Foucan’s methodology, which focuses on innovation and expression rather than Parkour’s speed and efficiency.

Where Parkour is about precision in movement, “moving most efficiently from point A to point B”, Freerunning is about more creative expression. 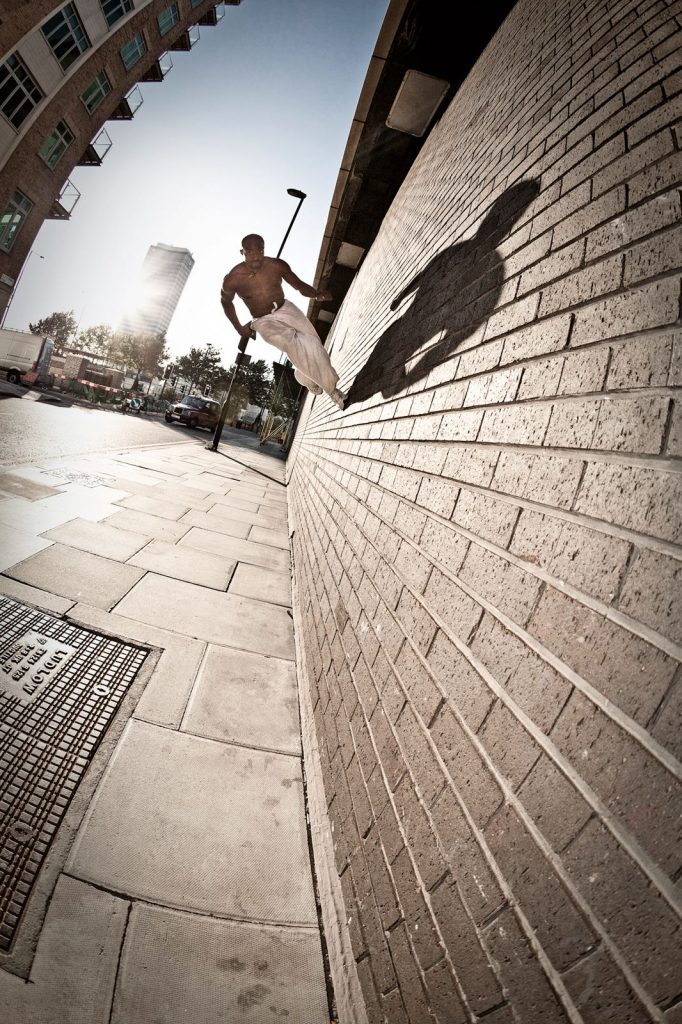 In Sébastien’s words, Freerunning is: “Finding your own way, not necessarily the same as anyone else’s or one that has been defined previously. […] It’s using the environment and expressing yourself, which means you can do anything you feel. It’s part of you. You can do flips, tricks, swing, anything that is creative and feels beautiful – it’s more my way. It’s freedom of expression for me.”

It’s a feeling of freedom that changes the way you experience the city: “all the world is a playground.”

“It’s not a sport, it’s a way of life. I see it as an art… climbing and jumping is not a discipline, it’s what we are meant to be doing as human beings. With practice we can create a very stylish way of doing things, but it’s just natural.” 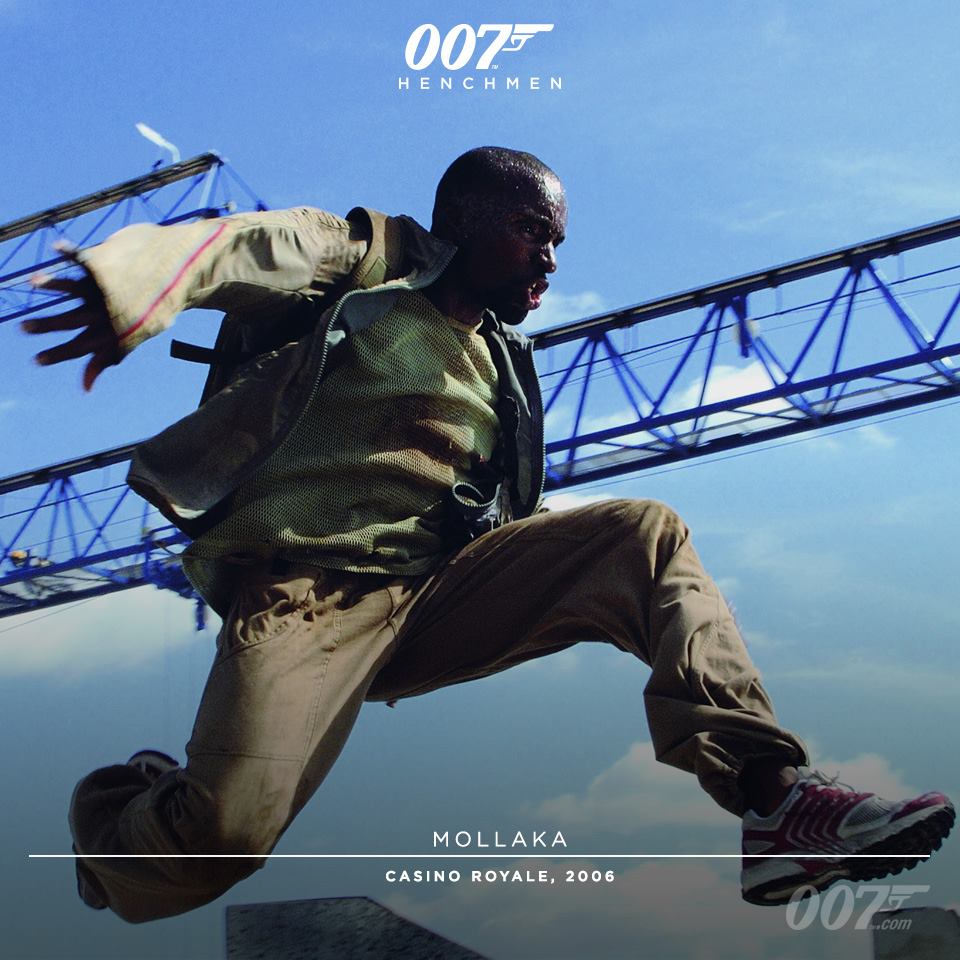 Sébastien played an instrumental role in raising people’s awareness of the discipline internationally, both on and off the screen. He became known in the United Kingdom with the documentaries Jump London (2003) and Jump Britain (2005). He lept into movie theatres worldwide after landing the role of Mollaka in 2006, famously bounding through a construction site while being chased by Daniel Craig in the 007 film Casino Royale.

He brings his passion and artistic sensibility to everything he does, following his personal conviction of inspiring people through movement and positive actions. “The beauty of Parkour/Freerunning is that everyone, of all ages, can do it respectfully in almost any environment. We celebrate activity and playfulness whilst constantly challenging our mental and physical limits. Freerunning is more than just jumping, it is a health-driven way of life. It aims to promote wellbeing in your own life… to be in harmony with everything.”

Sébastien’s philosophy is a reflection of his core values, which he imbued in Freerunning. These values stem from his pivotal tenets of playfulness, well-being, and self-development, and they go as follows: 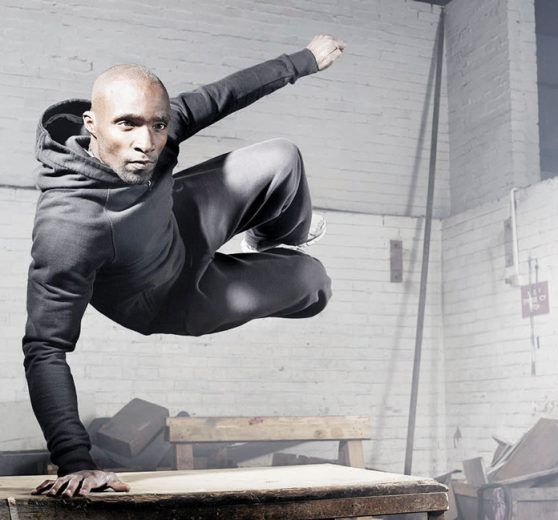 At the end of the day, freerunning “is empowering, it gives you a sense of your own potential and every day you feel as though you have achieved something special and want to do it again.”

APK has teamed up with Parkour Generations Americas and Parkour Visions to bring Sébastien to Beast Coast and on a tour of the east coast. 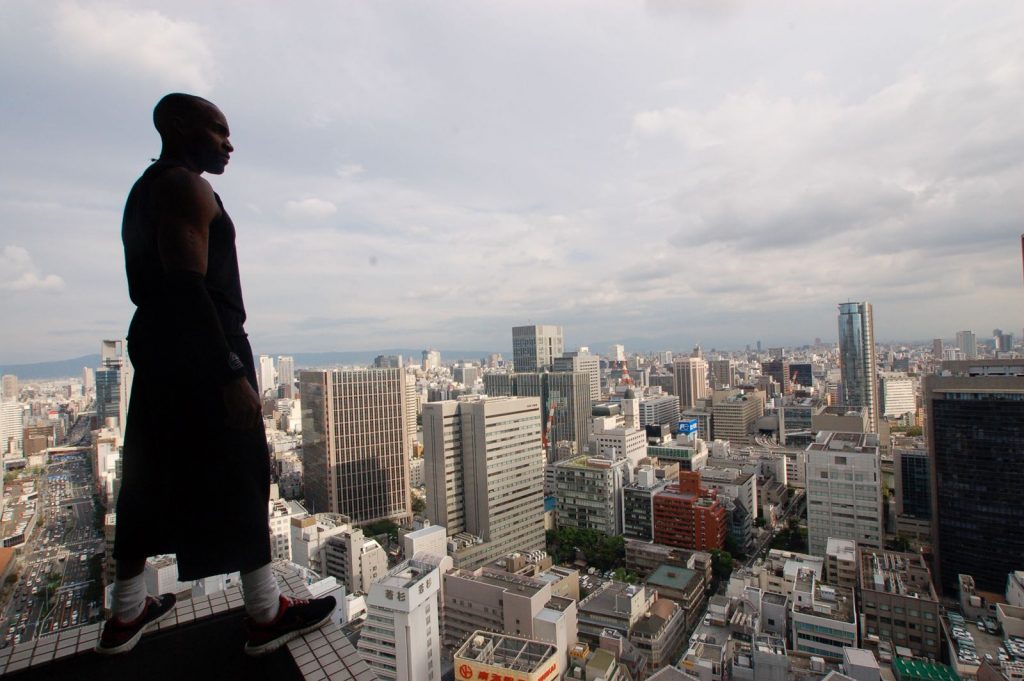 Don’t miss the chance to train with Sébastien Foucan at Beast Coast in Washington DC on May 26! #seeyouatbeast! (Buy Tickets)

Other stops along the way of Sébastien Foucan’s US tour will include: