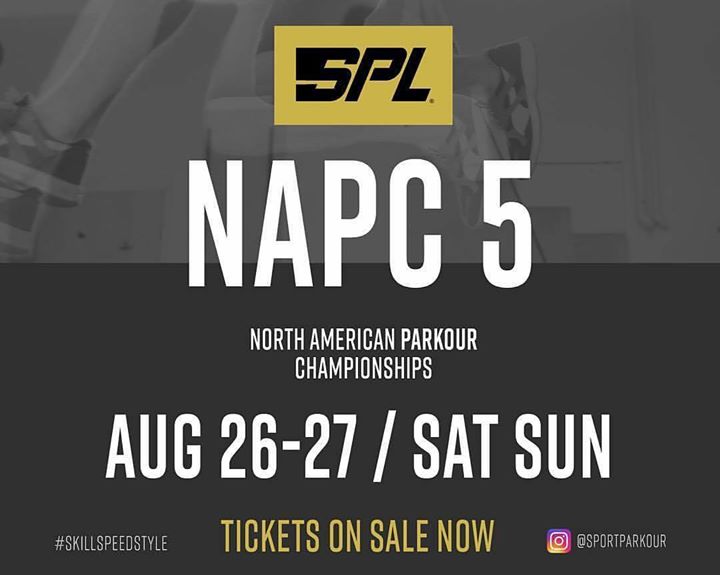 NAPC (North American Parkour Championships) hosted by  Sport Parkour League, is one of the largest and  most organized parkour competitions in the world. In attendance this year were a large number of international athletes coming from Great Britain, England, France, Singapore, US, and across Canada. The main competition held in Vancouver, Canada at Origins Parkour with qualifiers happening in larger cities around the US;  Boston, Denver, Orlando, Seattle, and finally an on-site qualifier in Vancouver.

NAPC has 3 events in which athletes can qualify and compete. Each event requires athletes to have different skillsets and be able to perform at a high level. The rules have evolved over the past 4 years the event was held but below are how each of the events were run and judged. 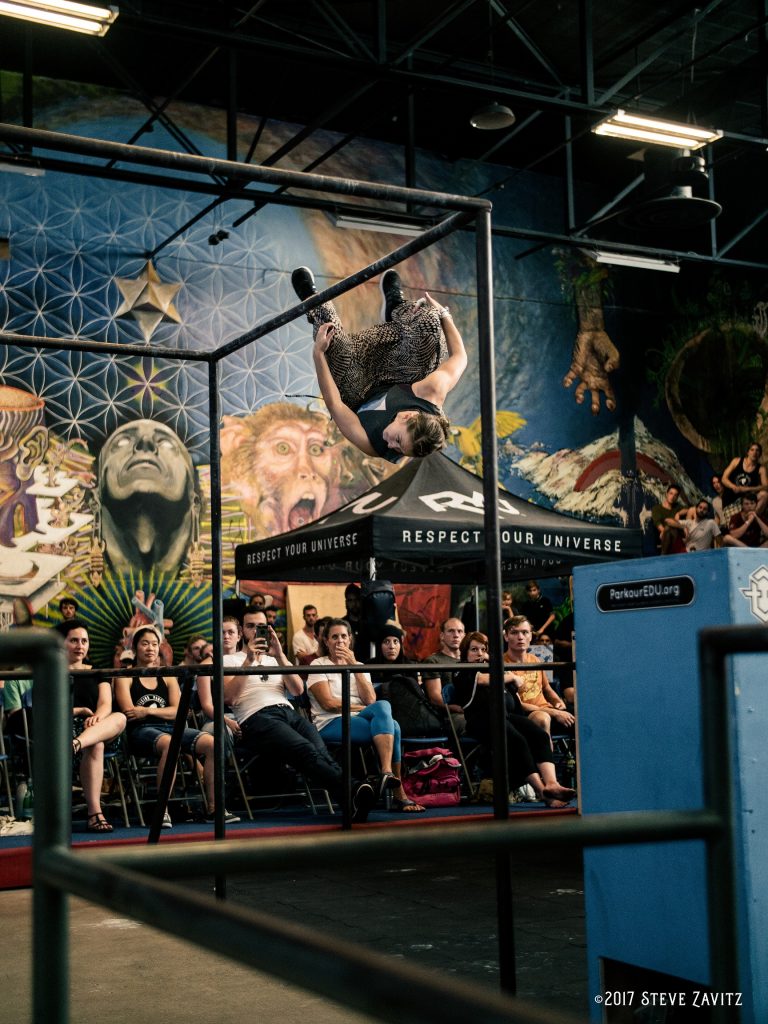 Here are some of my thoughts on the course design, judging criteria, and format of the competition.

I (Seth Ruji) represented The Tribe, APK, and my gym Swift Movement Studio to compete in the SPEED and SKILL onsite qualifier this year in hopes of making it into the main competition.  For the SPEED qualifier each participant was given 5 minutes to practice and warm up on each course. I managed to secure the 2nd fastest time on the second qualifier round. However, due to a mis-step on my first speed round and a less than ideal route I was unable to make it through to the main event. The SKILL event however went much better for me. I blew through the first round being the first competitor to complete all 10 challenges. In the second round my weakness of laches bit me in the butt and thus I only completed 4/5 challenges. Myself and 4 other athletes (Ryen Keenan, Eric Moore, Robbie Griffith, and Tim Champion) went on to the final round in which I narrowly tied Eric Moore for 4th place. 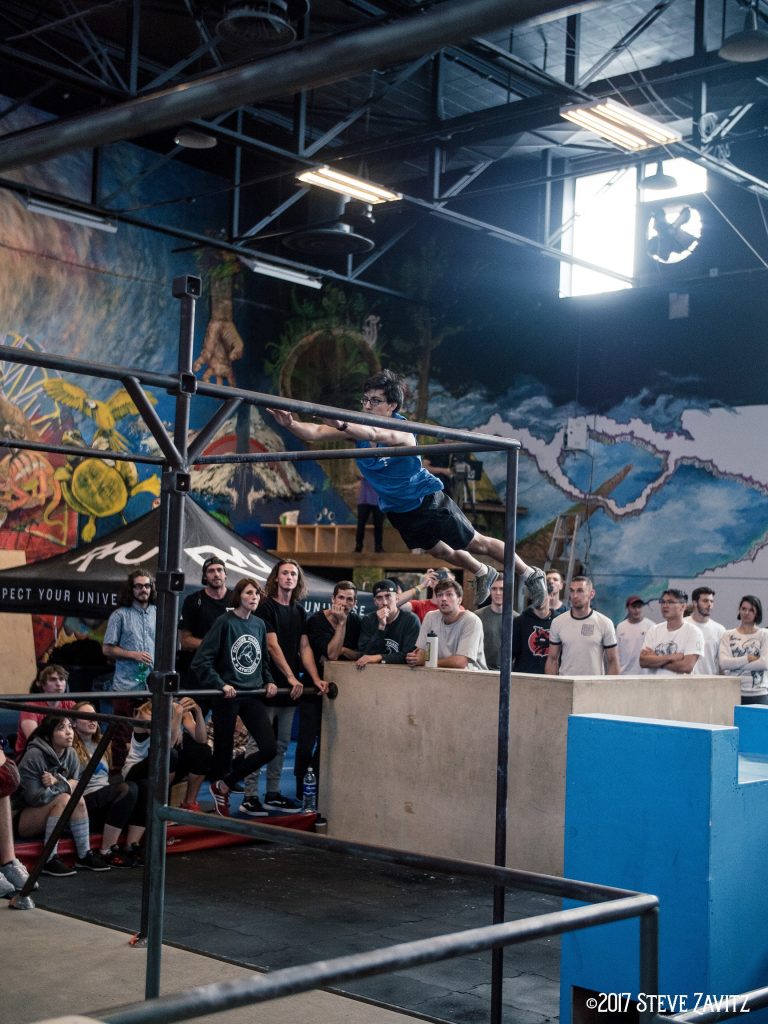 Click the links below to watch the full onsite qualifiers:

This year’s NAPC went very smooth with short transition times between events, quality livestreaming, clear rules, and from what I’ve heard an excellent analyst panel throughout the event. The event seems to be growing in popularity as well as in professionalism. I’ve been watching NAPC since 2013 and was in attendance for the first time last year. The judging, rules, and format have developed a ton since the first event but just as the sport grows this competition has been setting the standard for how competitions should be run. I do want to highlight that NAPC does provide equal opportunities to qualify and prizes for  both men and women’s divisions which is something that can’t be said of many parkour competitions. The venue was packed! Tickets were sold out prior to the event even starting!

During some morning training prior to the event I sprained my ankle and thus wasn’t able to perform very well. In spite of this I decided to still compete and did about as well as I expected still completing one of the skills. We all have to learn as athletes to respect our limits and unfortunately I was a bit overzealous and wanted to film a line with a skill I wasn’t fully confident with and it bit me in the butt. You can count on seeing me come back full force next year though!

Click the links below to watch the main event coverage:

Men’s skill was a close competition that in the finals round each athlete was only able to squeeze out completing one of the 3 skills. Darryl, Tim, and Jimmy used all 5 attempts to complete their skill. Jimmy took on the running stride to rail precision while Tim and Darryl battled a lache plyo cat back challenge. Each of the final 3 combined skills involved a large amount of power, commitment, and technique to be able to complete. The 3rd skill no one even attempted! It was a tricky kong plyo dive rail kong with a very tricky and limited run up. 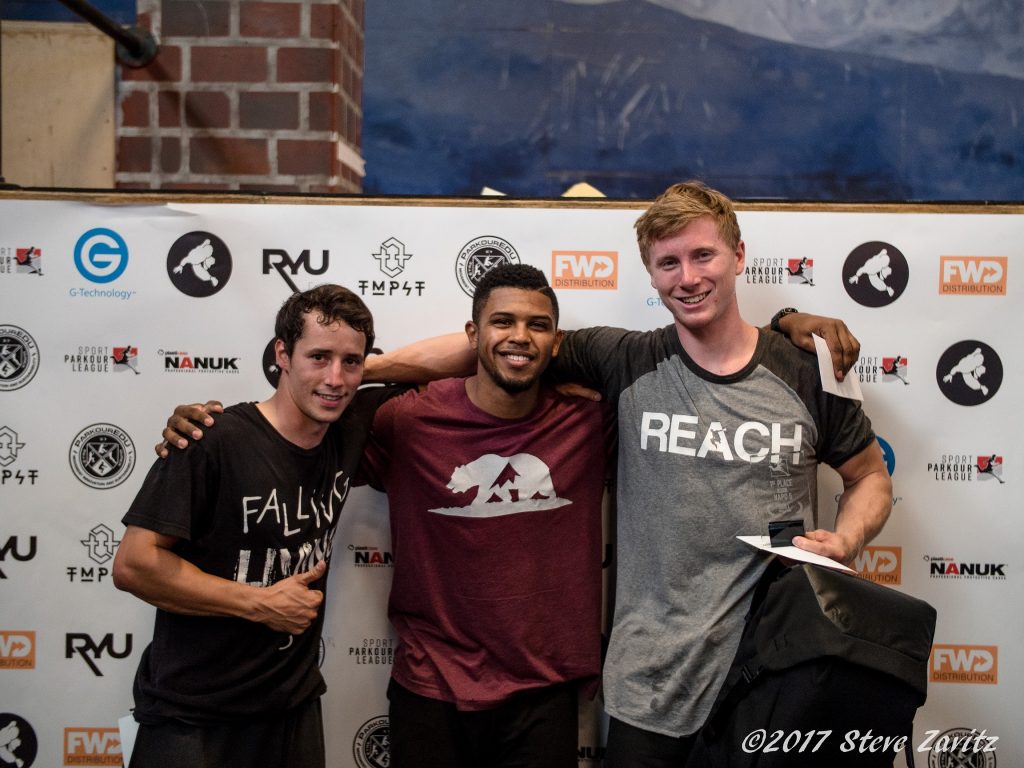 With so many top competitors speed was completely up in the air who would come out on top. It all came down to who was able to execute well and take advantage of the fastest routes. Each of these athletes had almost identical first rounds with the main difference being speed while in the second course there were a few more route options. Davis of Hub PTC in Boston has competed in several speed competitions came in very strong with very fast strides and solid technique but had a pretty bad stumble at the end of the second course. In spite of Joe undershooting a jump he still managed to squeeze into second by having a quick recovery time. And finally Max Barker of The Motus Projects who was one of the youngest competitors stole the show and blazed through both courses taking the gold. 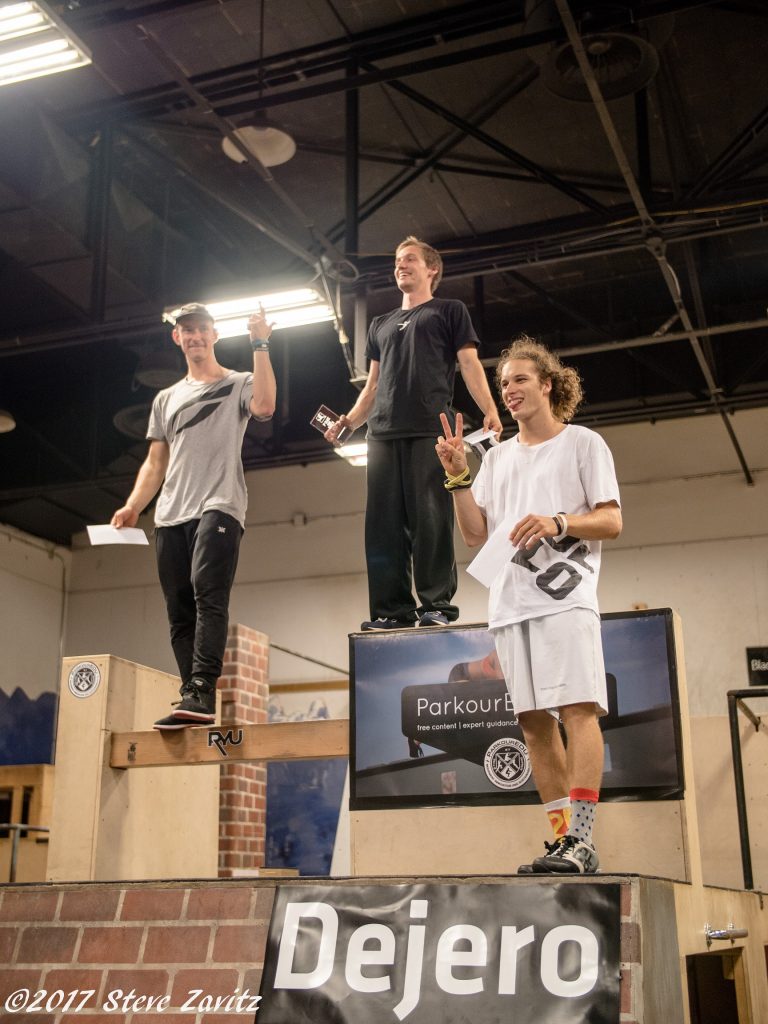 I unfortunately had to leave the event to catch my flight after the first round of the men’s style event so I don’t have a whole lot of insight. From the big trick portion of the event Bob did a 720 front, Nate did a side flip rail precision which he got on his 3rd and final attempt, and Joey wowed the crowd by stomping a kong gainer full on his first attempt! Joey’s reaction is something you don’t want to miss.

In Women’s skill it really came down to the 5 attempts at 3 challenges round. Lorena knocking out the big stride plyo cat, Sarah got the strides to lache stick and stride cat, and Renae completing all 3 challenges! 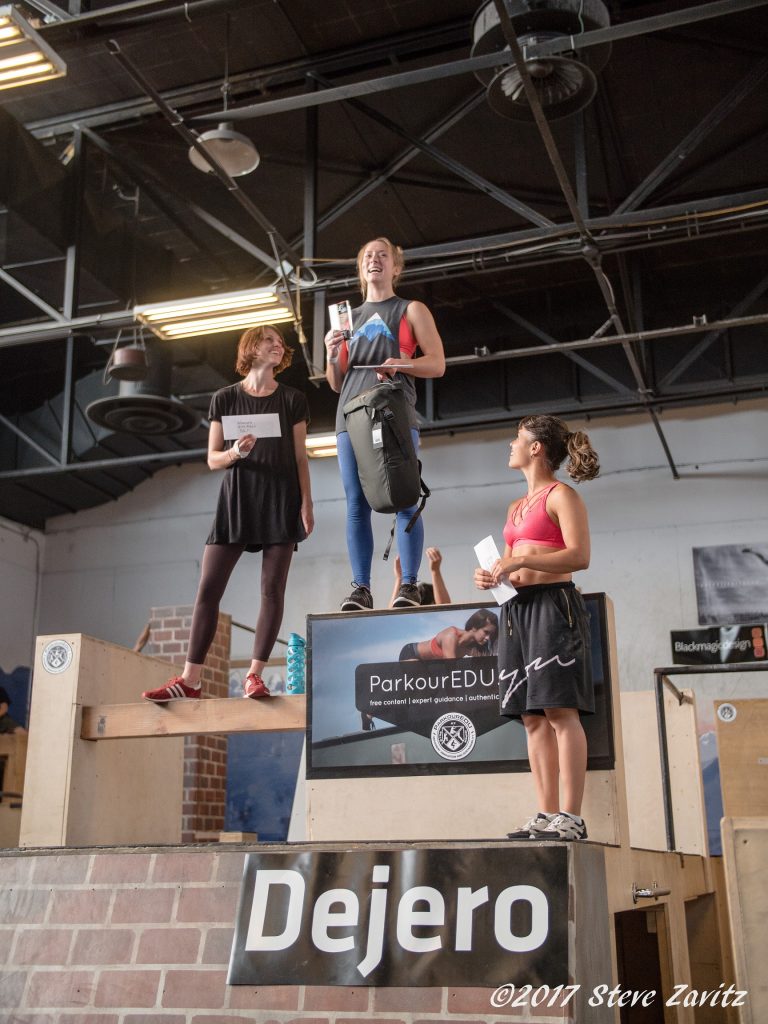 It was unbelievable seeing 3 APEX Denver athletes take a full sweep of the speed podium. Whatever is happening in Colorado absolutely shows with each athlete doing an excellent job with their runs showing no hesitation. 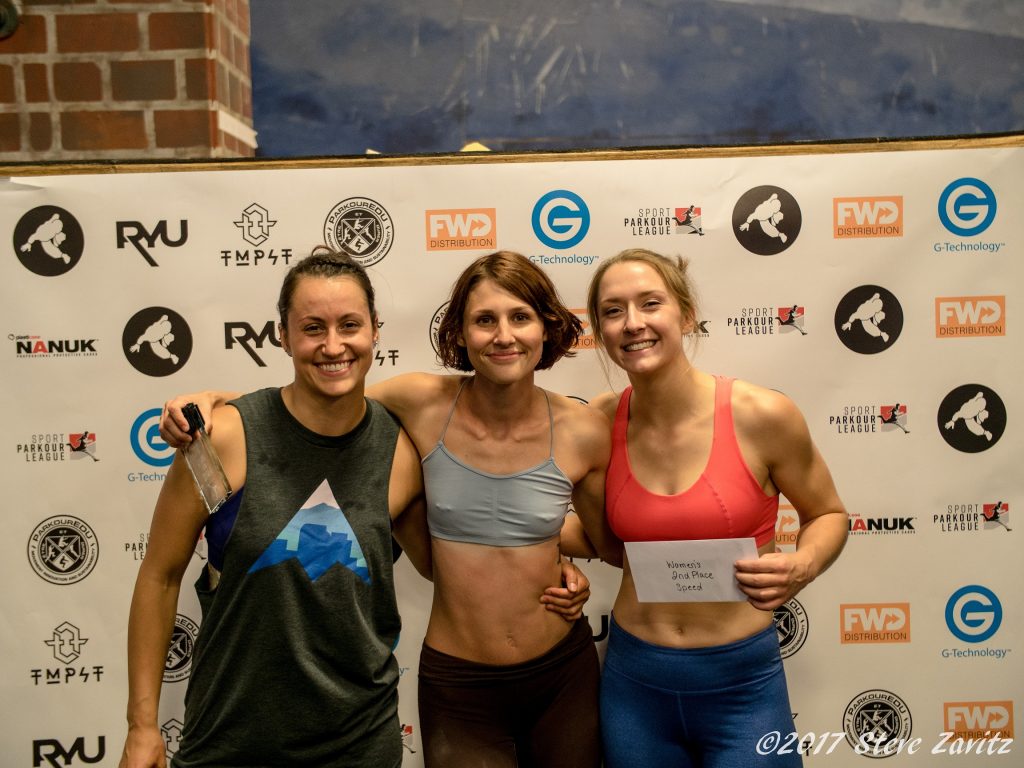 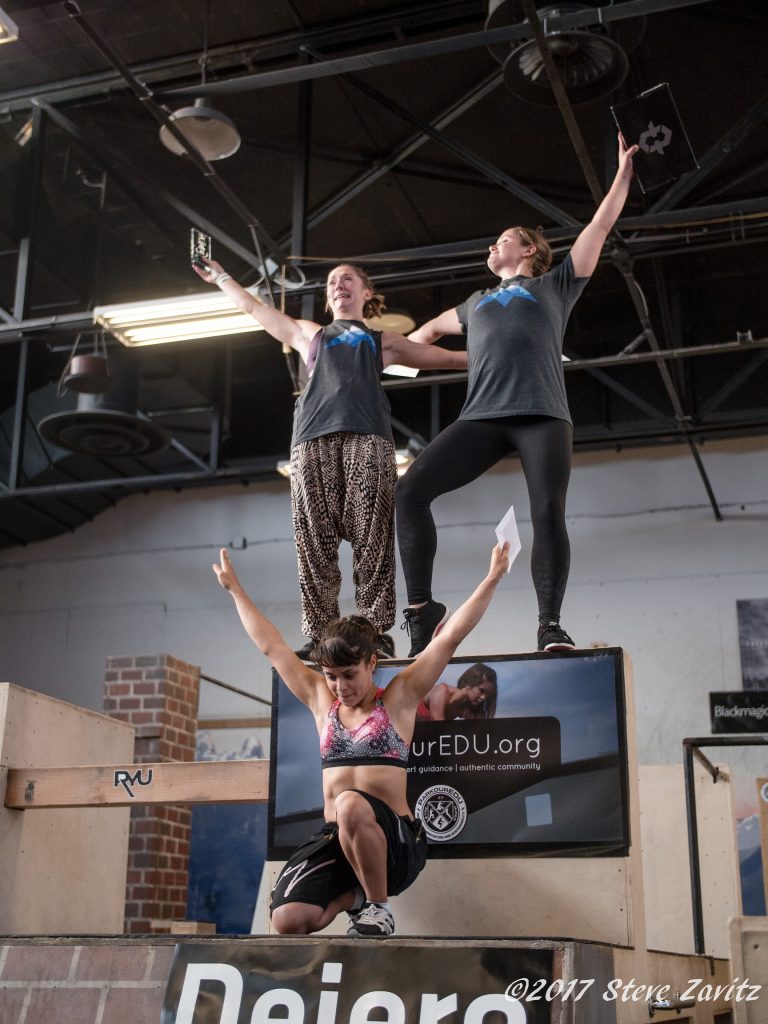 Women’s style was a really tough comp with each athlete putting together some long lines and tough biggest tricks! They each packed in a large number of moves into their runs and had very unique lines that focused on their strengths. In the big trick round Lorena did a flyway front that we saw as a portion of her earlier runs. Kristine almost didn’t get points for her lache pre, cast back combo in the biggest trick portion due to hesitating between the skills. Renae did a devil drop which she easily landed but went for a second attempt to clean it up.

NAPC this year was one of my favorite competitions of the year again with getting to watch so many incredible athletes really challenge themselves to perform at the best of their ability. I can’t wait to see these athletes develop their skills throughout the year and come back next year. It’s always amazing to see so many athletes travel across the world to be able to participate in this event! It’s an incredible competition but it’s also always just a great to jam with friends from all around the world. I made a little video of my adventure and the competiton you can check out here: https://youtu.be/ucnhlmrbOgI

Qualifiers typically start popping up in mid June so stay tuned for where next year’s qualifying events will be taking place and keep training hard! Thank you to everyone who is supporting this event and thanks to everyone at Sport Parkour League for putting together such a fun and professional event! Can’t wait for next year! 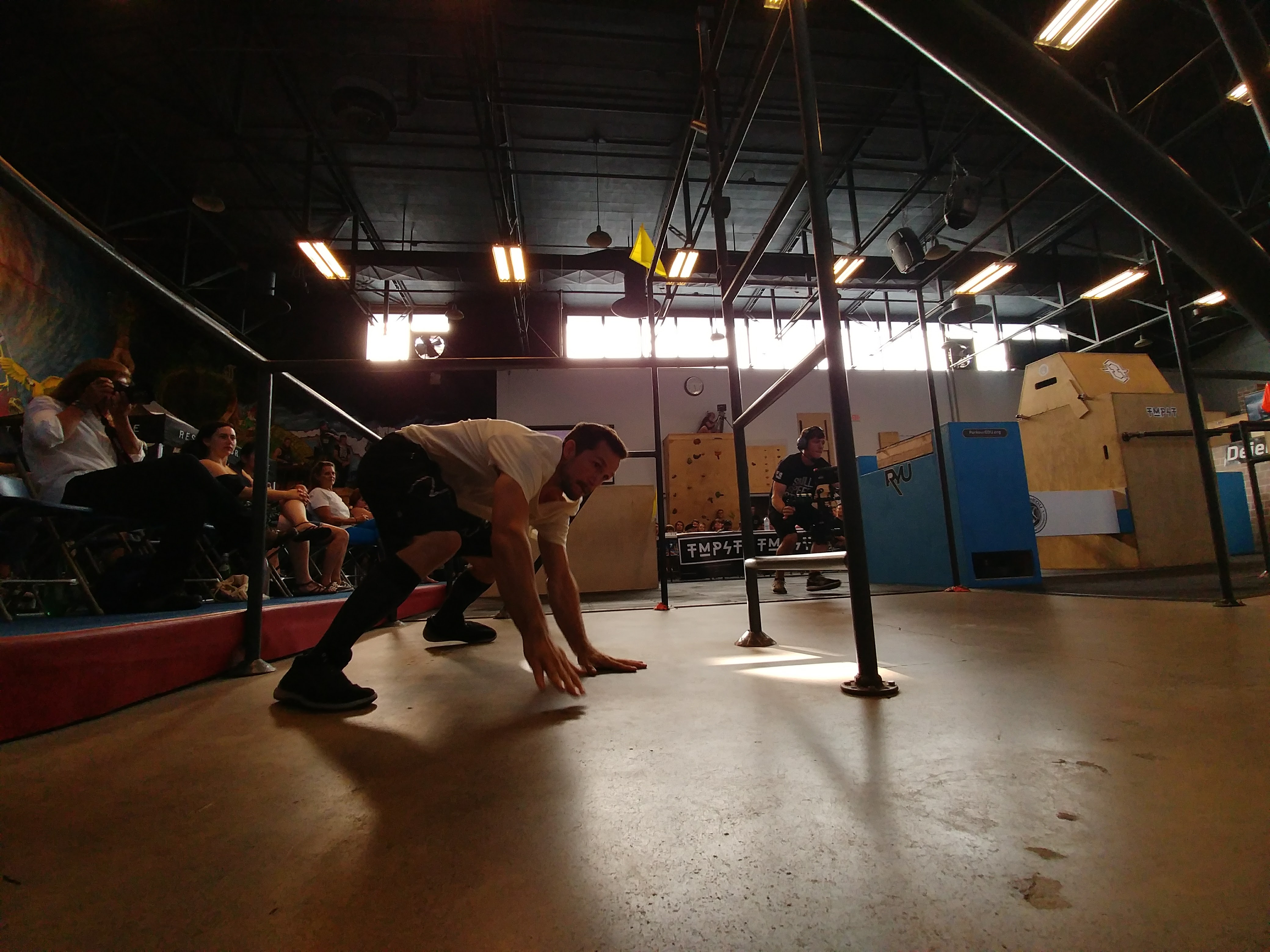 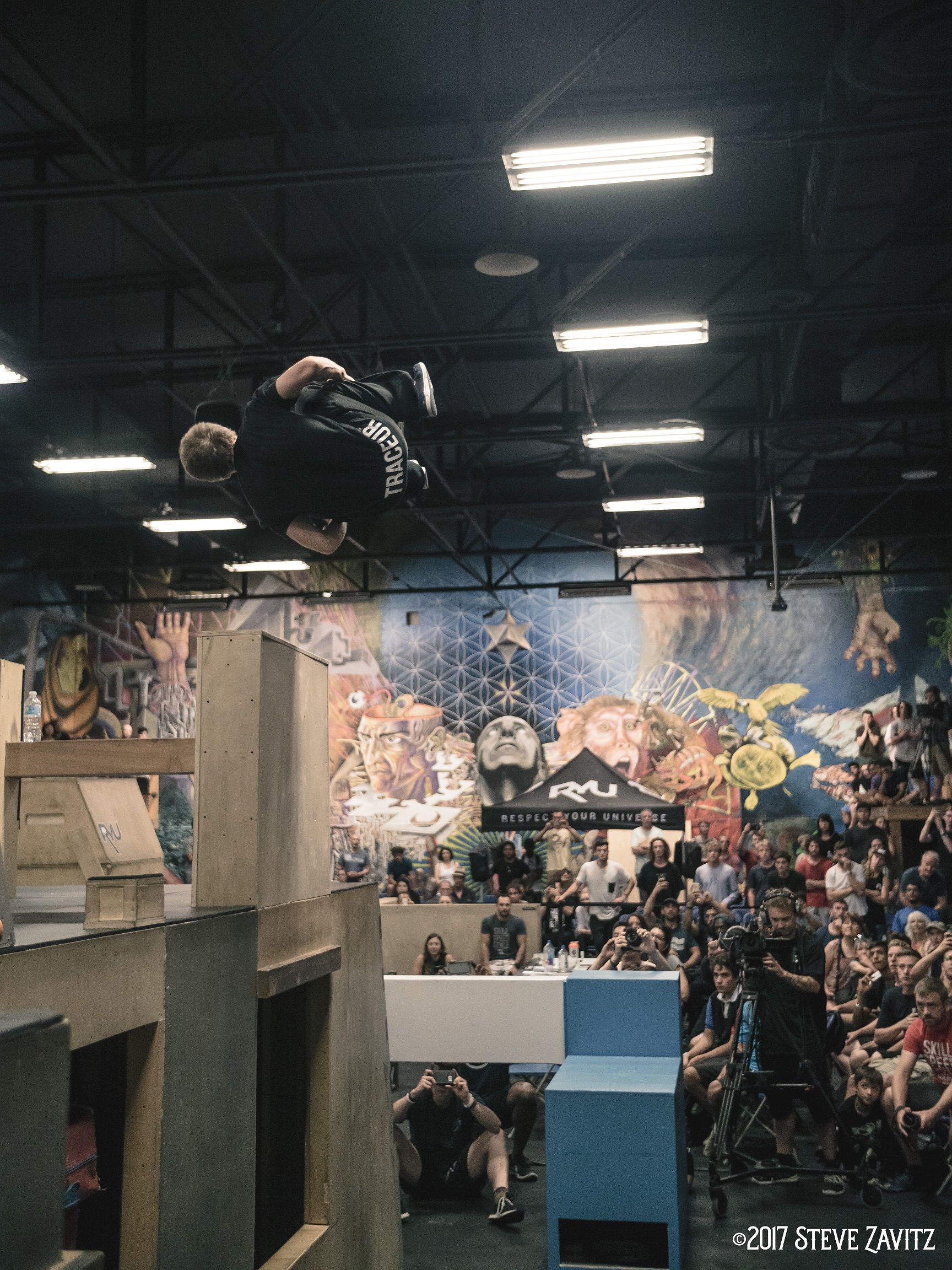 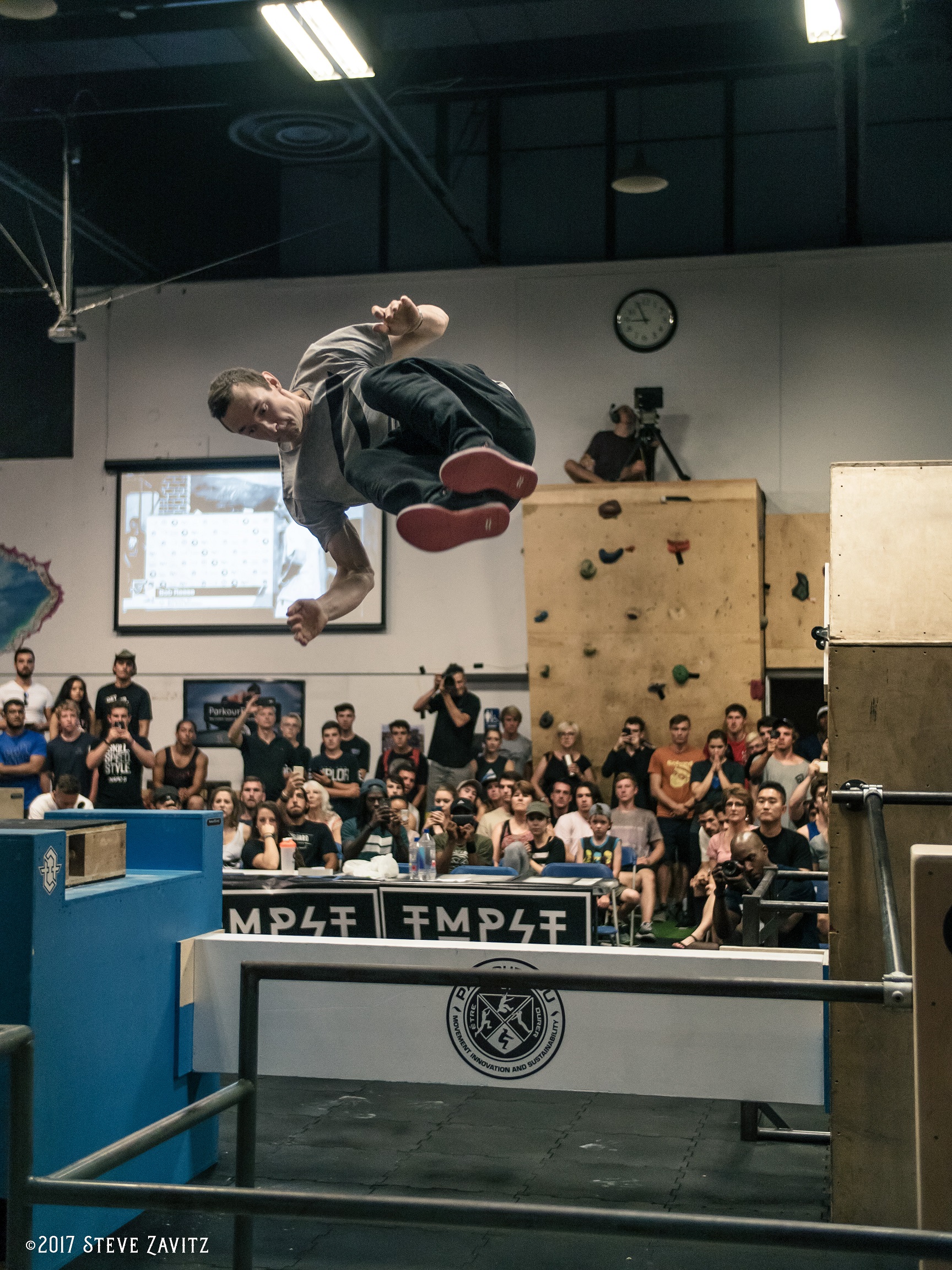 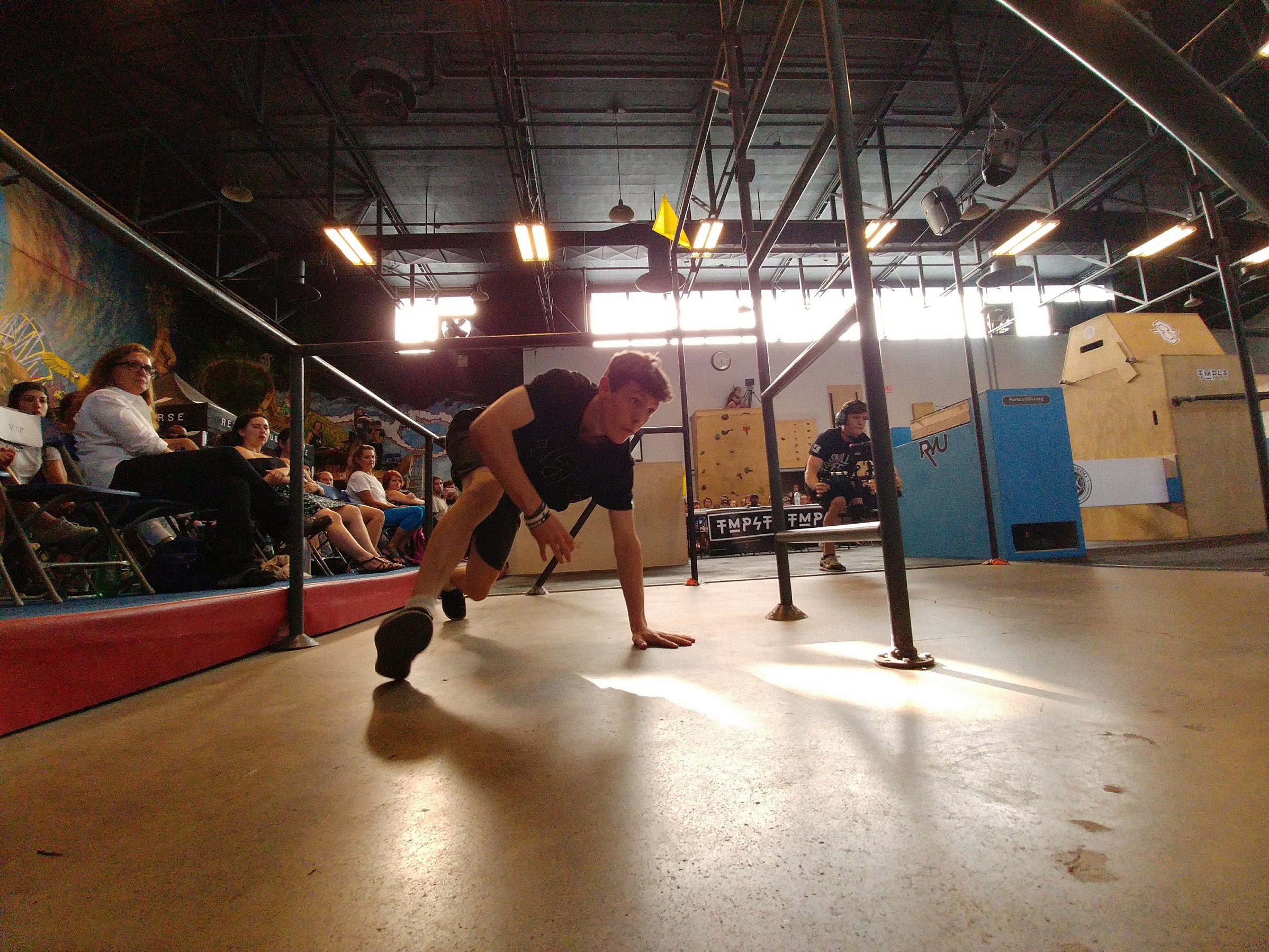 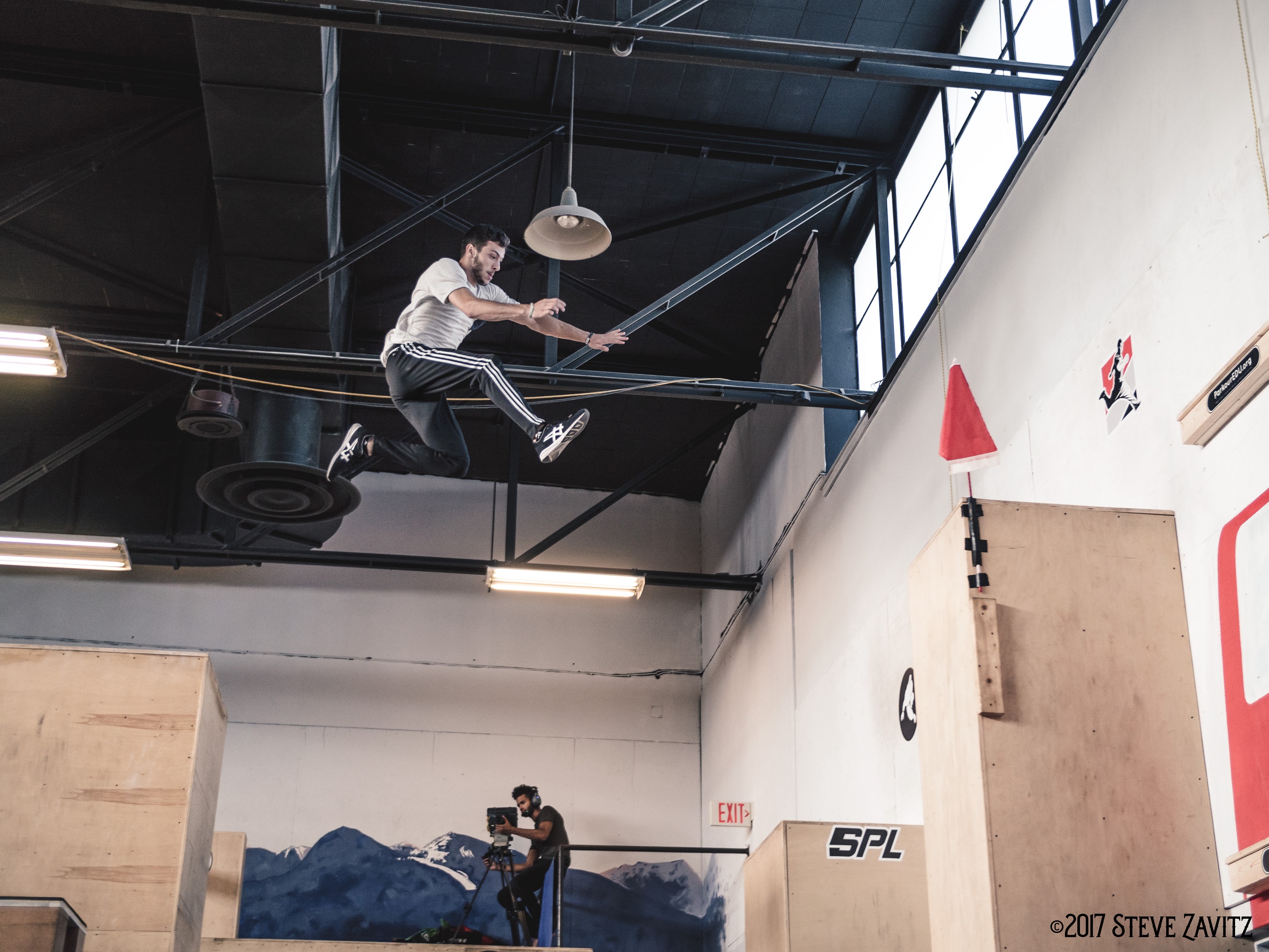 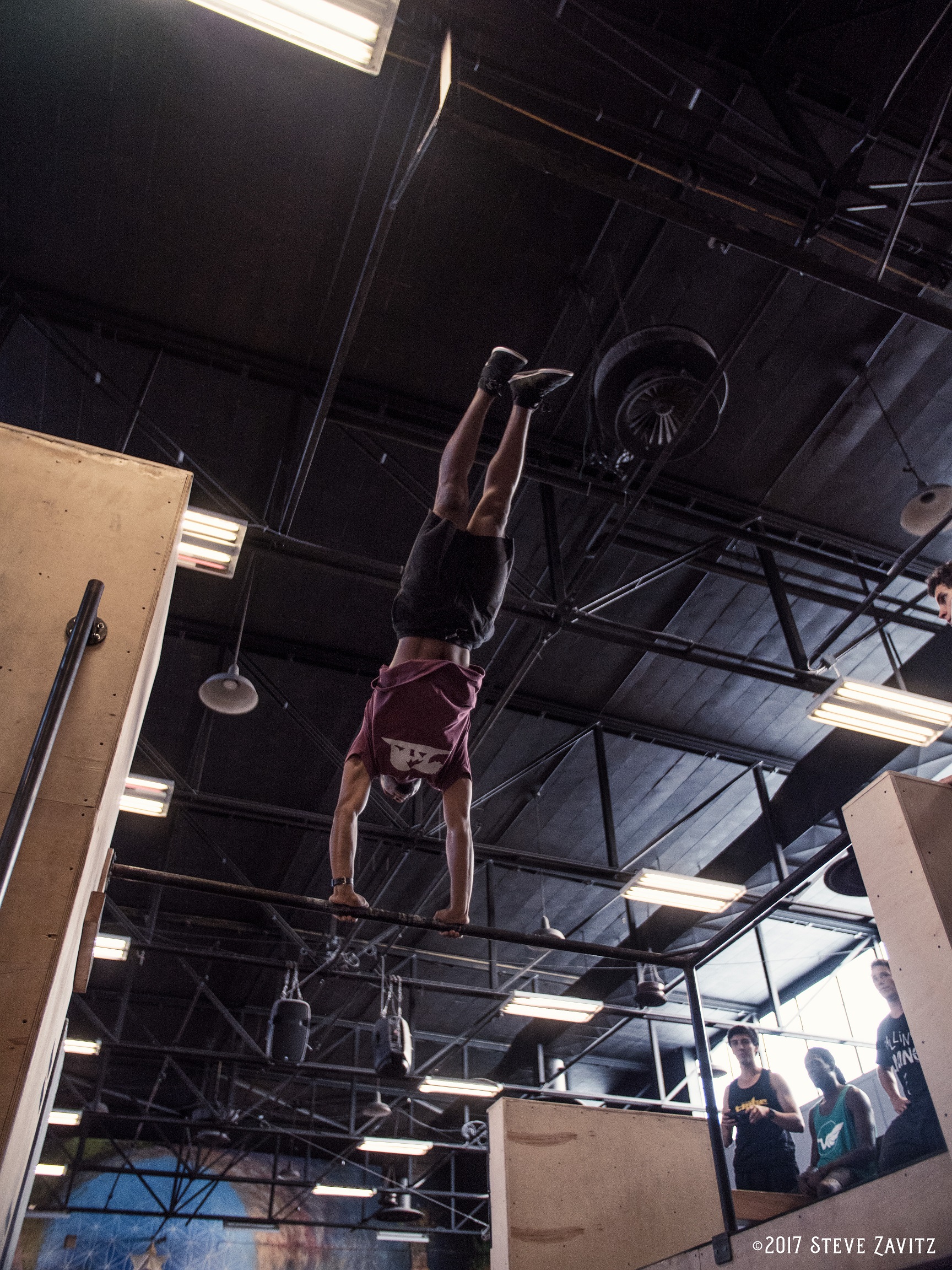 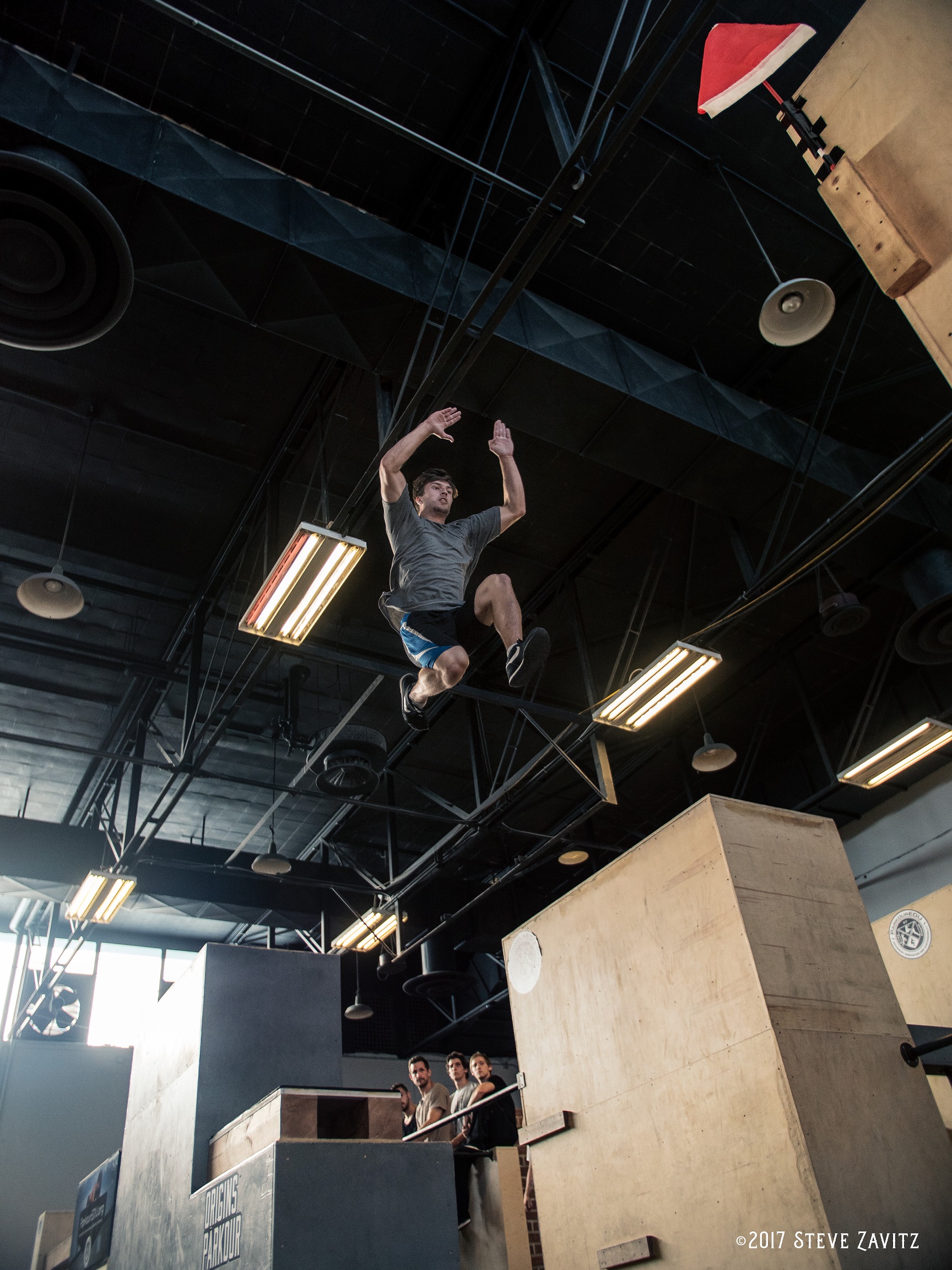 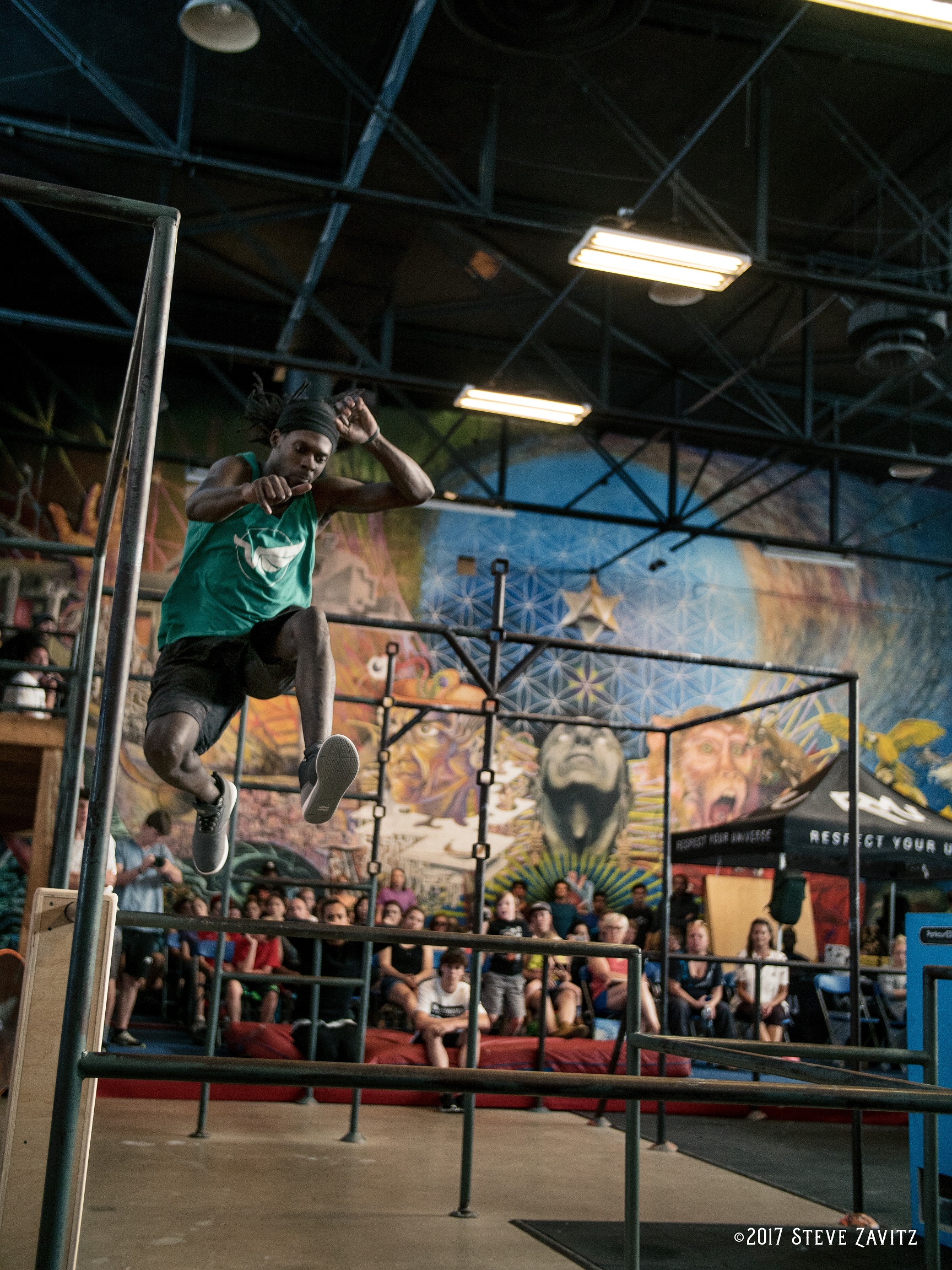