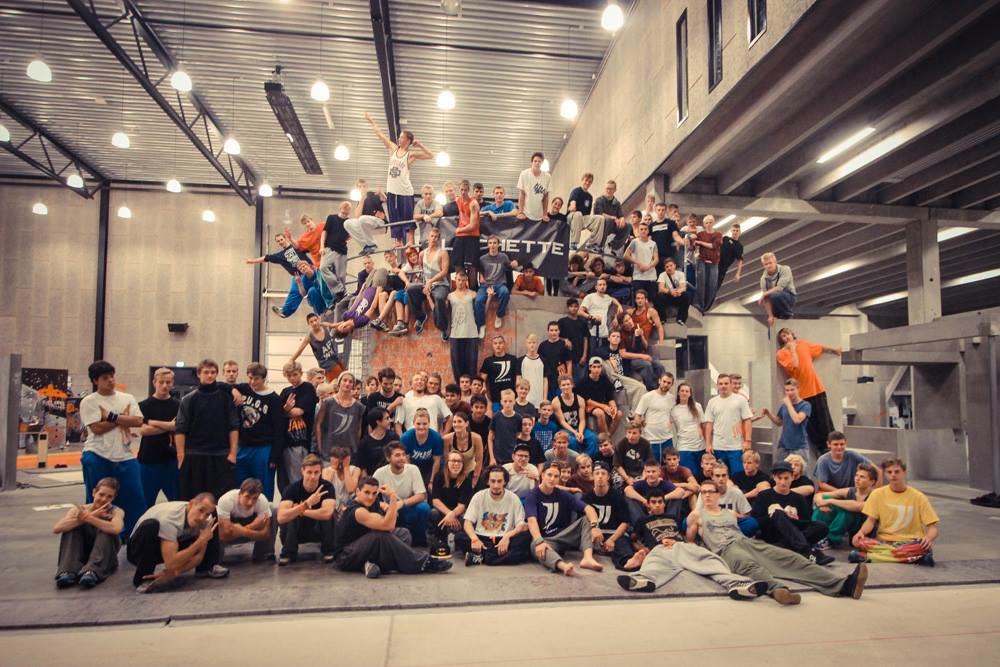 A few weeks ago, I went up to Denmark for the Lachette Anniversary Jam at BGI Academy. I wasn’t sure if I was going to make it at first because I was really sick leading up to the event, but it was absolutely worth the trip! Besides, I’m trying to take advantage of living in Europe right now.

The Lachette team really took care of us this year with a packed schedule of fun workshops, great food, a place to sleep, goodie bags, and awesome sponsors including Etre-Fort, Fastbreak Bags, Norml Brand, Hansen & Co., Kendama, and I’m probably forgetting a few others. They also organized a bus for us from Copenhagen to the gym (in the middle of nowhere) which is good because I’m not sure I would have made it otherwise… anyways, they did a really great job organizing the event this year and making sure everyone had a good time!

The first night of the event was pretty relaxed. We were all hanging out, saying hi to old friends, jamming and checking out the facility. This was the first time I had seen BGI in person and it definitely lived up to the hype. This was place was so sick! They have a huge indoor space with a parkour park, several foam pits and trampolines, other obstacles throughout the space, and a soft floor area for tumbling/tricking/stretching/whatever. Oh, and that was just the inside. They also had a huge park outside with all kinds of walls and bars and…. yeah, I know I’m really good at describing things. Just watch the video. You’ll see how sick it is. The kids who go to school there swear you’ll get bored after six months or so, but from a newcomer’s perspective, the place is awesome.

Saturday was filled with workshops, jamming, and fun. They had a giveaway with a bunch of cool stuff from the event’s sponsors, and they also did a best trick competition with prizes for the winners. The competition included highest wall run, longest plyo, and best bar trick. You can check out all the action in the video. Lachette also announced their new international ambassadors at the jam: Cristian Raul Alvarez, Guillaume Larrazabal, Maxence de Schrooder, Johan Tonnoir, and Danny van den Berg. I got to spend time with most of them throughout the weekend and they’re all really great guys and incredibly talented. I can’t wait to see what comes next for them! 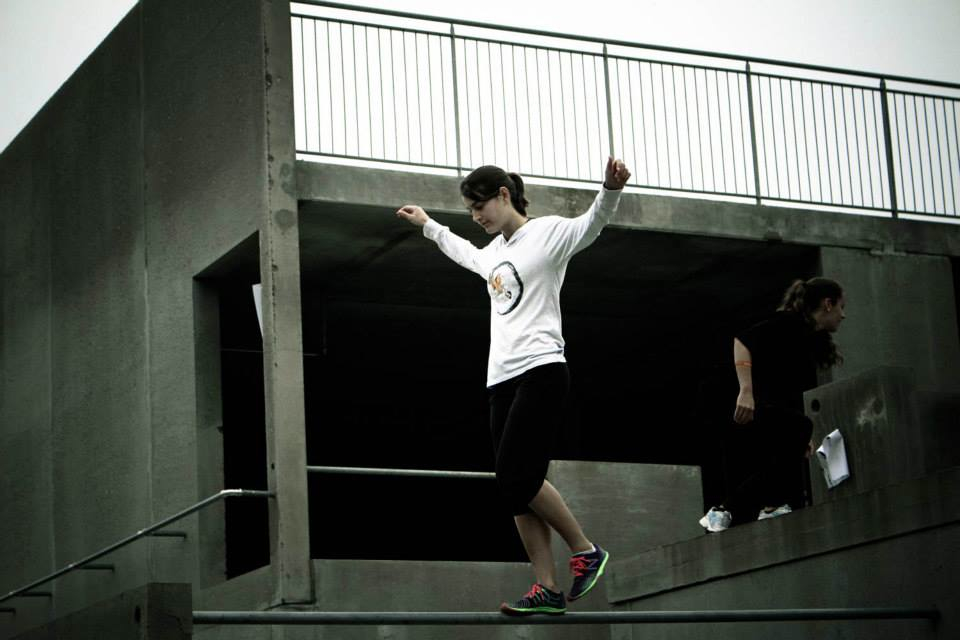 I spent a lot of time climbing and jumping around outside (pictured above) throughout the event. It was a bit rainy but we still trained a lot out there and just came in when it got too wet or cold. Inside was just as fun and I tried some cool new challenges and learned new things. One of the (many) reasons I love going to jams is that you meet people who move differently than you and they can teach you different movements or ways to do something that you hadn’t thought of before. Or sometimes they just challenge you in new ways.

I learned some tricks on the bars, did some jumps that scared me, and tried a climb-up off a ledge for the first time (no feet against a wall). This was… a struggle. But I did it! Just once. No need to do that again. I also learned how to do a flag! I’ve never tried it before but I saw a girl practicing some moves on one of the bars and she offered to teach me. I only held it for a few seconds each time, but it felt amazing to know I could do that. I will definitely have to keep working on it! I also played around with some break-dancing and capoeira moves. I love how you can always find this at a parkour jam now. All kinds of movement, all the time.

I was already getting sore by the end of the day on Saturday but they had lots of relaxing activities for us as well. There was a gaming station, a sauna, and frequent snack and tea/coffee breaks. And, of course, it was just fun to hangout with everyone.

On Sunday, we had an hour-long yoga/stretching workshop with Christoffer (Lachette). This was very painful but felt good by the end of it. It’s rough getting your body moving again after you’ve been training for a couple of days already, but the yoga really helped and I felt like playing again after that. I tried to explore as much as I could since I didn’t know when I’d make it back there but hey, there’s always next year, right?

By Sunday afternoon, all of us were lying around on the bean bags, in the foam pits (and being told we couldn’t lie in the foam pits), and feeling pretty tired. Eventually, the bus was leaving and we all said our goodbyes. Overall, it was a fantastic jam with really great people. I wish I could have spent more time exploring Denmark and training with all of those amazing athletes! Huge thanks to Christoffer and the rest of the Lachette team, and all of the people who made this event so awesome! Hope to see you all again soon!