I am completely exhausted and my body is in desperate need of rest, but I am absolutely loving life.

I recently spent four days in Munich, Germany for FAMJAM 2014 hosted by Free Arts of Movement (FAM). I took the train in from Paris without knowing a word of German or a single person going to the jam. And it was one of the best decisions I’ve made this summer.

It was a little overwhelming when I first arrived Wednesday night, but I met a nice guy from the organization who introduced me to some other girls and coaches so I wasn’t standing in the corner by myself. Soon after, it was time for “night’s rest” and I was happy to collapse on the thin mat between me and the gym floor.

Thursday was the official start of the jam. After check-in and an opening speech, we dove into workshops for the day. They had an impressive collection of international coaches leading workshops on various topics and skills throughout the event. So many to choose from! In the morning of the first day, I joined a group of about 10 awesome young women for the Girls Workshop. It was led by two very talented traceuses: Darja Lanskowa (Russia) and Katie McDonnell (UK). We had a lot of fun jumping around and working on bar flow, specifically focusing on listening to your body and moving in a way that uses the least amount of energy. Later in the afternoon, I spent some more time playing on the bars and working on connecting movements with Thomas & Thomas (Czech Republic).

Day Two’s workshops were quite different but just as fun. In the morning, I went “buildering” (which I learned is a real word… I just thought people were mispronouncing bouldering… awkward) with Andy Day (UK). This was a lot of fun but the bridge we were climbing was covered—I mean saturated in spiders. The spiders scared me more than the height of the climb. Sigh.

The afternoon workshop was much less scary. Led by Daniel Ilabaca (UK) and some of his friends, we talked about the idea of connecting through play and experiencing the positive energy of movement. We played a few games to warm up with some slackline thrown in, and then we tried out a new game as a group. All you need is a soccer ball and a vault box. For those of you who were at (B)East Coast 2014 at Great Falls, the game was similar in spirit to our improv game of frisolleyoccer. Basically, we stood in a circle and passed a ball around but every time you touched the ball, you went over the vault box and then filled in the circle somewhere else. It was a lot of fun and there were a few times when you could really feel it—everyone was in the moment and as free as a child at play.

When there were not workshops going on, we were lying around stretching outside, challenging each other and playing games like add-on. I spent most of the time at the gym but I did get to train in a really cool spot over the weekend when I stayed at the house of one of the coaches (Thank you, Nadja!)

The spot is called Red City and it is hands-down the coolest spot I have ever seen. I went with Katie and Josh and a few other traceurs but it was still pretty empty so we spent a couple of hours just jumping around and climbing on the walls. It was absolutely perfect. I was in great company, the sun was shining, and the concrete jungle in front of me had endless possibilities. If you ever have the opportunity to go to Munich, go to Red City. 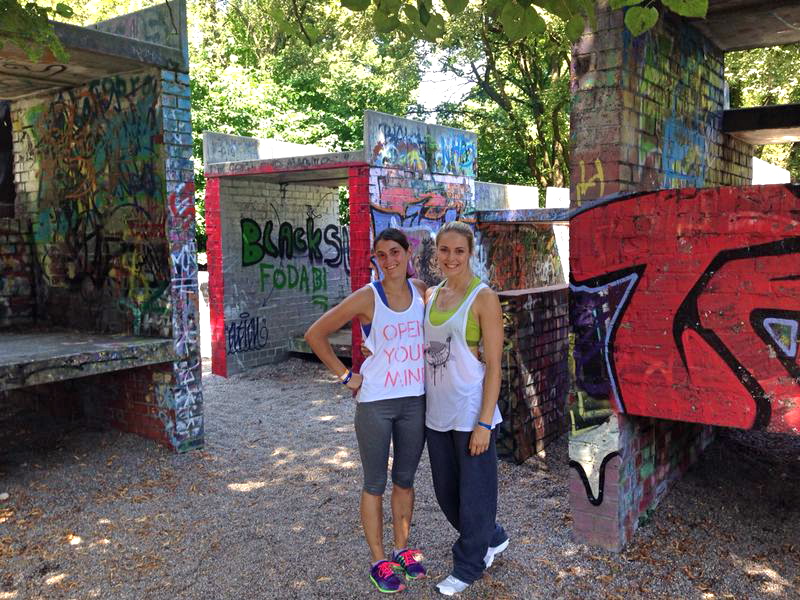 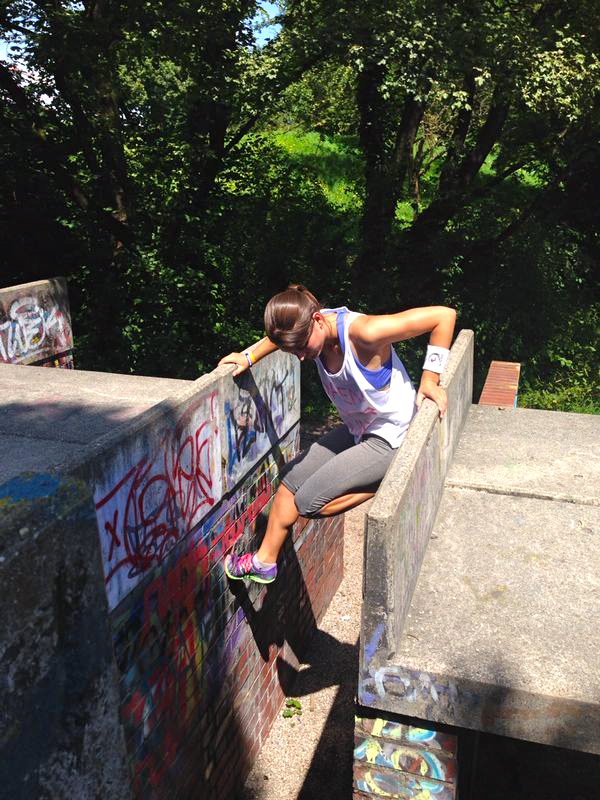 There were traceurs, freerunners, and movement artists at the event from Germany, Austria, Czech Republic, Poland, Belgium, Spain, Russia, Denmark, Italy, and so many other countries. I also found a couple of Americans! I saw a kid wearing a PK Visions shirt which looked familiar to me. Hey, that’s in Seattle, right? I asked, and we got to talking, realizing we had a few mutual friends back in the States. Small world! The only other American I found there was Josh Yadon from Tempest Freerunning who was really fun to train and hangout with. He was trying some crazy stuff too (e.g. gainer off a mini tramp onto a rail). Sometimes when I got tired, I just sat down to watch people train powerful moves and crazy tricks like that.

It was awesome to meet so many cool and interesting people at the event. I learned a lot from Katie and we had a blast jumping around and exploring Munich together. I loved spending time with and learning from the people I met through workshops like Andy and Daniel, and the others I met randomly throughout the event like Josh, James (UK), Nadja, Mona (DE), Bryan, Jack (Ireland), Chris (DK), Kim (Singapore), all of the others I’m not thinking of at the moment, and Drew from Team Storror, who were constantly being asked to apologize every time someone climbed a roof they weren’t supposed to… but they were good sports about it!

Overall, it was a fantastic four days. I learned new techniques and ways to train; I taught some traceuses new skills; I met some amazing people and had great discussions about training, movement, and the parkour lifestyle. Most importantly, I had the time of my life.

It was a really great environment at the jam. It didn’t matter if it was your first day out or if you’d been training for ten years, if you had 1,000,000 views on YouTube or didn’t know how to use a camera, everyone was just there to train and experience life. We all share the same parkour spirit. We all have something to share, something to teach each other and something to learn. This is what I saw at FAMJAM. A community. A family. A group of goofy, crazy-talented individuals getting together to have fun.

I wanted to share this experience with everyone and this is the best way I know how— to write and to encourage you to go out and explore the world. Travel. Meet new people. Attend a jam where you don’t know anybody at all. Train with people from other countries and new perspectives. Connect with people. And most importantly, play. Never stop playing.

Thank you so much to everyone that made this jam the incredible experience that it was for me. Special thanks to FAM for organizing such a great event, to Nadja for hosting me for a couple of nights, and to everyone else who challenged me and taught me something new. You are all amazing and I can’t wait to train with you again someday!

This post originally appeared on Adrienne Toumayan’s blog. Check it out here!