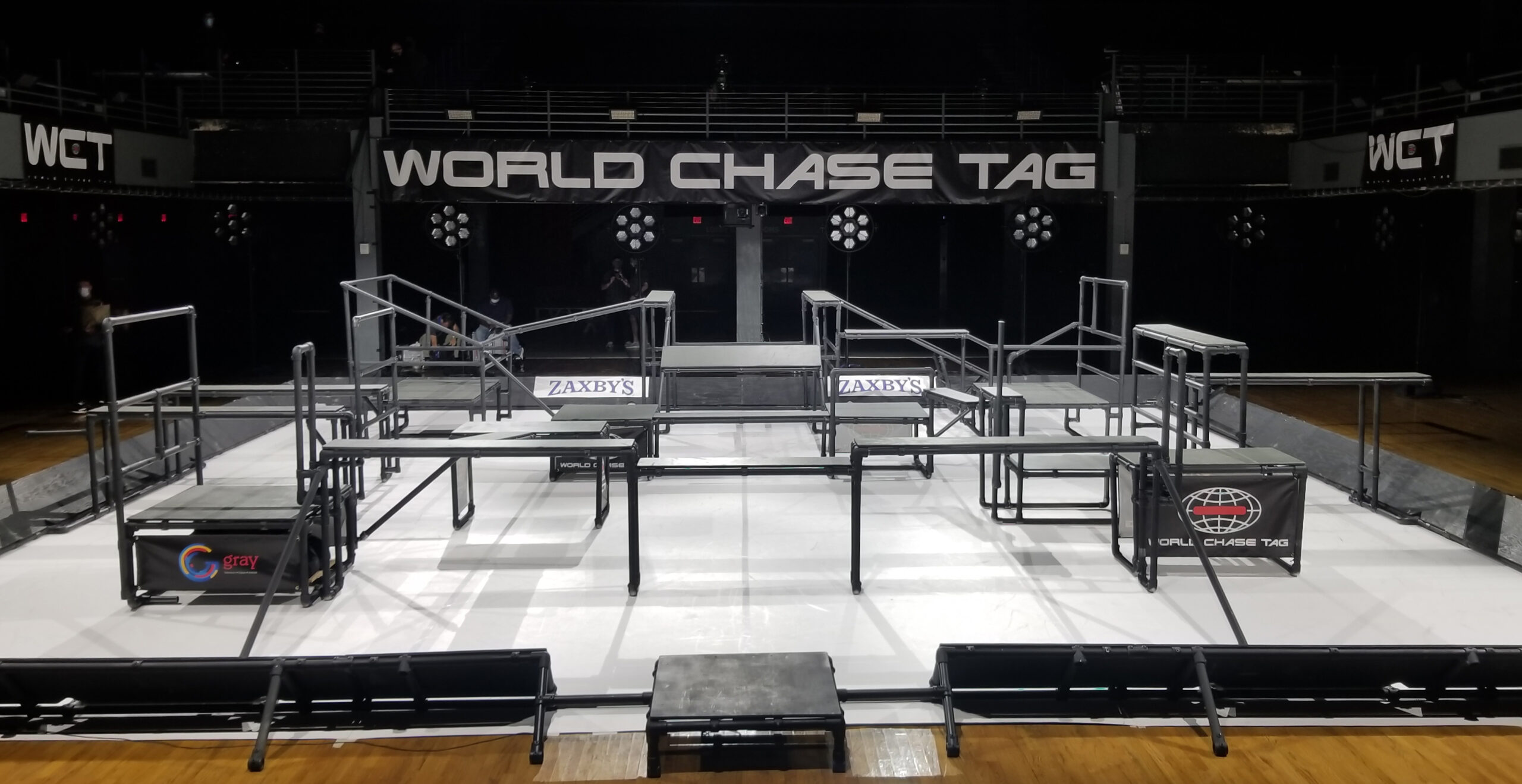 The 2021 season of World Chase Tag (WCT) is set to be held at GoodYear Hall in Akron, Ohio on August 6th. This year the event will be broadcast on ESPN. This year, like last year American Parkour has the privilege of fielding two WCT teams. APK Blue, captained by Mark Bowles and APK Grey captained by Wenxin Yang.

What is World Chase Tag?

“World Chase Tag™ is the world’s first and only global competitive Tag organization. Over the past six years we’ve gone from casual Meetups in Hyde Park to international competitions which have received hundreds of millions of views. Our Chase Tag™ comps are contested by the best Parkour athletes and Ninja Warrior competitors from around the globe and our footage has featured on NBC Sports, ESPN, Channel 4, Fuji TV, CBS, BBC and many more.”

Patrick is a software engineer and consultant who's been doing parkour for a while now. Constantly trying to improve himself, at his peak, he lost 30 lbs because of parkour and martial arts. Currently on the mend, he's working every day to be strong to be useful.
Social Networks
Recent Articles

americanparkour
•
Follow
APK is holding tryouts for the 2022 WCT Season! If you're interested in trying out, you'll need to do the following. Create a Tryout Video (Details for that are on our YouTube LINK IN BIO) Upload that Video to Google Drive and Share that video/folder with apksubmission@gmail.com The deadline for submissions is the Ides of March (if you don't know when that is, better find out) QUICK CLARIFICATION FOR OUR APK FANS This does NOT mean we are scrapping all our previous athletes, in fact you'll most likely see most of them again (because we have some BEASTS on our team) but we do want the best athletes for our teams (as the brothers say, they want to see the best people chase). So holding tryouts opens the doors for new athletes to enter the sport Now Good Luck! And remember, Don't Get Caught #parkour #freerunning #apklife #apkparkour #precisionsticks @worldchasetag @wctfans
View on Instagram |
3/6

americanparkour
•
Follow
Check out American Parkour Founder Mark Toorock's talk "Individual Together: Building Parkour and Movement Communities" as part of the Embodied Movement Summit. Please use APK's affiliate link (LINK IN BIO) to get your free ticket to this incredible event with over 27 expert presentations including Sebastien Foucan and Kelly Starrett . #parkour #freerunning #apklife #apkparkour #precisionsticks
View on Instagram |
4/6

americanparkour
•
Follow
And that's day 1of the APK Coaching Cert! We had great discussions about the qualities and foundation of a great coach here at @swiftmovementstudio Now it's time to prepare for day 2! . #parkour #freerunning #apklife #apkparkour #precisionsticks
View on Instagram |
5/6

americanparkour
•
Follow
Time to start the week, and we'd like to start it with a smooth set of tac flows from @d3fythenorm . How do you start you week? . #parkour #freerunning #apklife #apkparkour #precisionsticks
View on Instagram |
6/6
Recent Posts