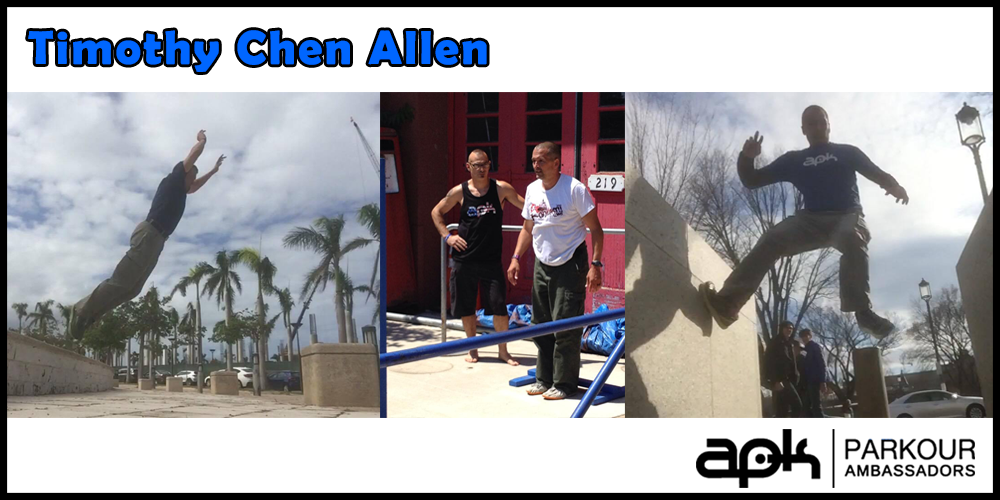 Timothy Chen Allen is a 53 year old APK Ambassador who lives in Washington DC and works for FEMA. He is currently working and training on assignment in Puerto Rico. Tim had his 50th birthday at APK Academy in DC and he and APK founder Mark Toorock have been close friends ever since.

Aren’t you too old for Parkour?

Haha! Almost certainly. But I don’t feel 53… at least I don’t feel like I thought 53 would feel. When I make a jump I couldn’t make before, I feel like a teenager. Sometimes my knees remind me the next day, though! 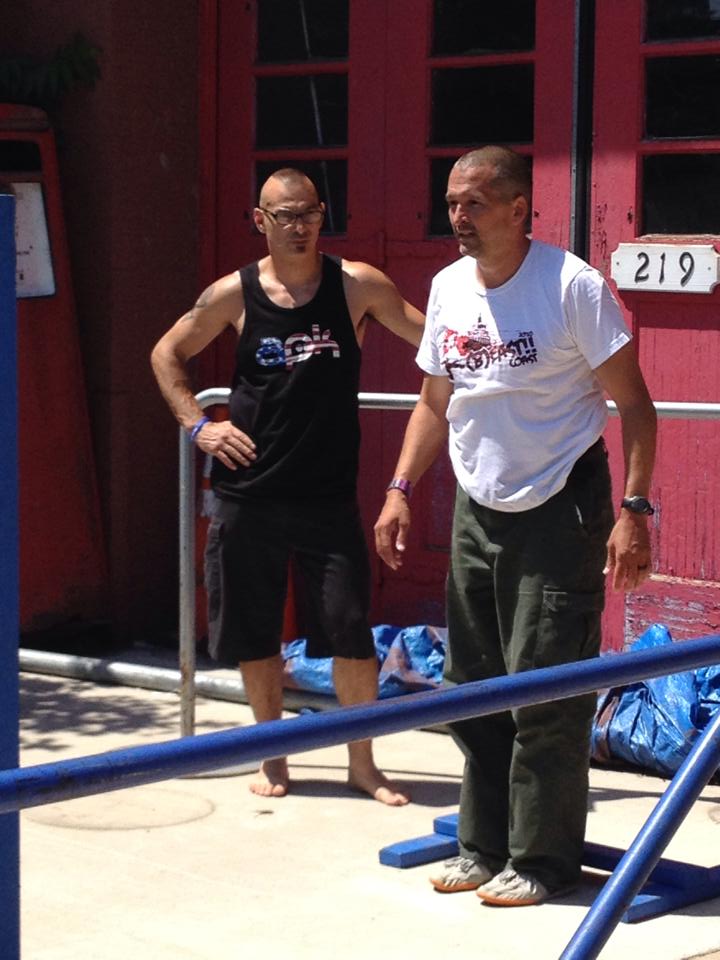 And you’re participating in the APK 365 challenge for 2017, how’s that going, and what have you learned from the experience?

It’s going well; I’ve made it for 344 days so far without stopping. I’m able to do a lot more than I could on January 1. That day, I could barely do a precision jump, and my form was not good. The experience has taught me the value of persistence. I’ve learned to accept slow, steady, daily progress. Having a challenge has been good; there certainly were days I would not have trained, but I knew I’d let the rest of the traceurs in the challenge down. Finally, I’ve learned how to fit a training session in any time I can. Lately, I’ve been going out and training in my work clothes on my lunch break.

I should also say that I’ve learned I’m a lot more capable than I thought. I’ve gotten comfortable doing some combinations that I just thought were impossible at the beginning of the year. Some things are still a challenge, so it stays fun. With the basics— rolls, landings, precision jumps, basic vaults— I’ve found I can do quite a lot and have a good time with it.
(You’re awesome!!!!)

What were your biggest fears of starting training at the age of 45?

My son was eight then, and I was reading him a book about all the different sports. When we came to the section on Parkour it just appealed to me— something that combine all of a person’s capabilities. I found a small jam at Gallaudet on July 4, 2009, and started learning from other traceurs. My biggest fear at that point probably should have been injury, but really, I was more afraid of looking foolish. I was afraid everyone would think I was too old. After all this time, I can say that no one has ever made me feel too old. On the contrary, other people doing parkour have always accepted me and wanted to teach me things. It was a little funny the first time someone I was training with told me he wished his dad would get into parkour like me, but you get used to it.
(once again awesome!!) 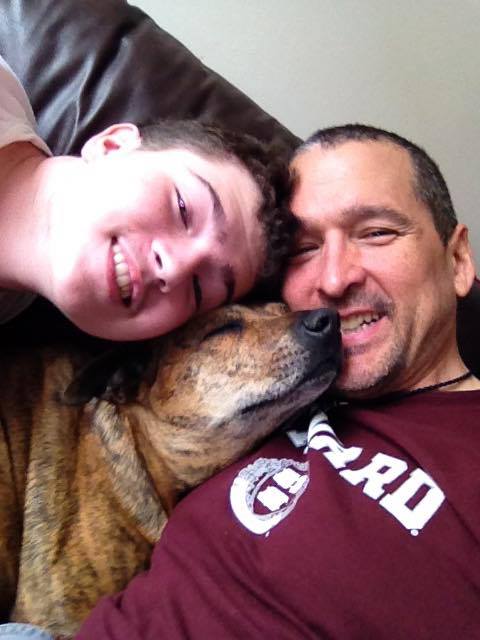 Thanks for that! What would you tell someone else who is considering training, but hasn’t started for whatever reason?

I’ve actually had that conversation, generally with people about my age who stop to watch me train. The two things I tell everyone are to start where you are, and you never have to do it alone. People normally are worried that they aren’t in good enough shape to do parkour. That’s a normal fear if your only exposure to parkour is watching “District 13” or YouTube! But anyone can start by learning how to jump and land safely, and progressing little by little. Parkour itself will get you in shape pretty quickly! And there are many people who are willing to help you learn. I learned a lot of my basics from people at APK. It’s a fun way to learn it, and a good idea; that’s the stuff that keeps you from getting injured, so you want to learn it right. One thing that has made parkour different for me is, I didn’t just find a sport, I found a community. Traceurs and traceuses have gone from helping me learn to being my friends. We care about each other and take care of each other.

We’re so grateful to have you in APK community, you continue to inspire us every day! Train on!