Tell us a bit about your background!

I’m a new Gator alumna, working my dream job as a project manager for the Gainesville Community Redevelopment Agency (GCRA)! I graduated from the University of Florida’s College of Journalism and Communications in April. Prior to that, I served as a student ambassador for Google and worked on marketing for the UF Sid Martin Biotechnology Incubator. 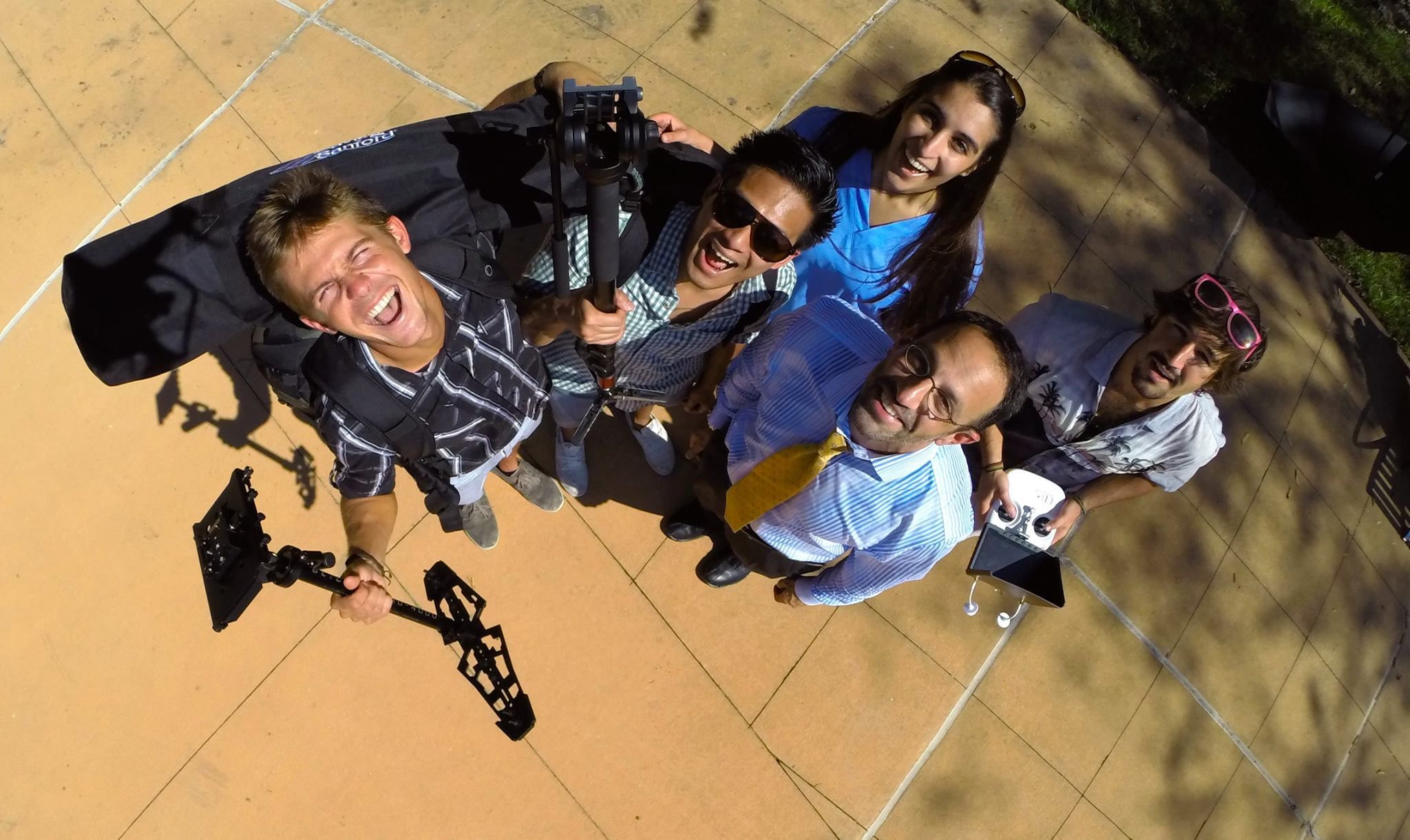 How long have you been involved in the Parkour community?

A friend from Tae Kwon Do invited me to an Overflux jam way back in 2011—I’ve gone to random jams and training sessions ever since. I never advanced beyond noob status, but I was impressed by how welcoming the Florida Parkour community is. Everyone I met was patient and eager to teach others.

So I hear you’ve been able to take your experiences from being involved in Parkour to the workplace. Can you tell us a bit more about that?

Yes! Parkour’s philosophy of overcoming obstacles both physically and mentally really stuck with me. The sport fundamentally changed how I viewed urban spaces… after roaming campus with a pack of traceurs, I couldn’t look at brick walls the same way again… Curbs were more than concrete blocks, rails were more than metal poles—they were springboards for this beautiful fluidity of movement. Urban environments had a new grace to them—and ledges weren’t quite so out of reach.

Ambrose Douglas does a handstand in front of the Helyx Bridge in Gainesville, FL. The bridge was used as a playground for traceurs and freerunners in a recent promo video by the City of Gainesville’s Community Redevelopment Agency.

Like parkour and freerunning, redevelopment is all about using urban spaces in creative ways. Our team at the GCRA pushes the limits on every single project we undertake—whether it’s converting a 1920s gas service station into a thriving café, or turning a grungy utility warehouse into a headquarters for a high tech robotics company, we shatter people’s perceptions of how spaces should be used every day. We recently had the option to show a video that illustrated our strategic mission in front of several hundred people at the Florida Redevelopment Association’s big annual conference in Miami. I saw a link between the philosophy behind l’art dudéplacement and the approach the GCRA takes to urban redevelopment… and #ReimaginePossible was born!

It was a really fun film to produce. The traceurs and freerunners from Florida Parkour/Gainesville Parkour were spectacular. My boss Anthony Lyons (the guy wearing the tie in the video) made for an awesome lead actor. My manager Sarah Vidal-Finn did a beautiful job with the voiceover. Our whole office got really into it… all the people running up the stairs at 1:04 are co-workers dressed up in costumes. The guy in the key drop scene (Darshan) is actually a random passerby we pulled off the street… we even used a drone to capture some aerial footage. And Eli Meyer Studio did a really excellent job putting the film together! 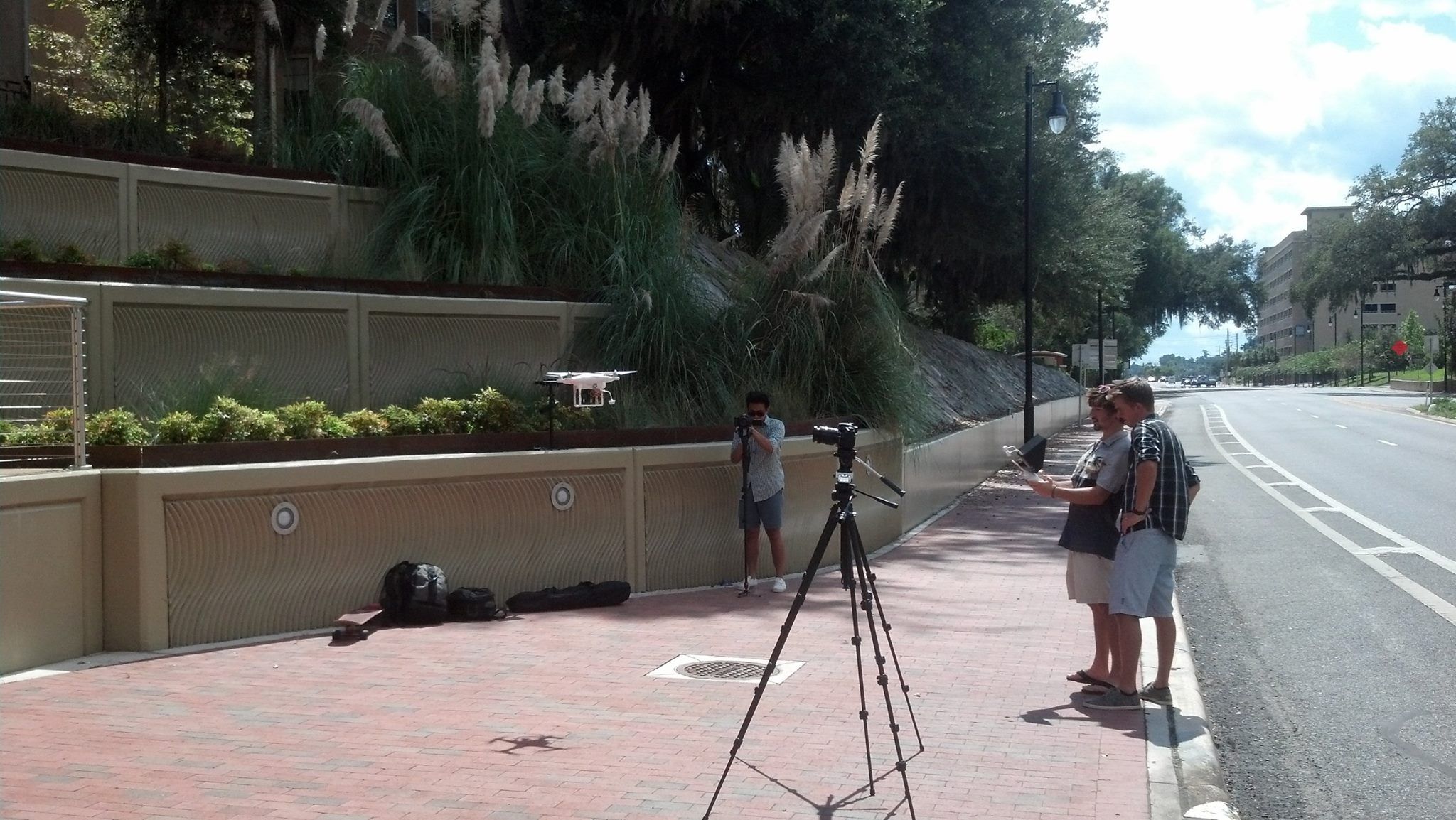 What would you like to get accomplished as an urban redeveloper?
The bridge seen in the backdrop of the #ReimaginePossible video does a pretty good job of communicating what a successful urban redevelopment project looks like for us. It used to be an old railroad overpass, covered in razor wire and old chain link fencing. The area was poorly-lit and sketchy at night. In 2012, we revitalized the area, added better lighting and installed the current Helyx Bridge. Its twisted steel ties symbolize Gainesville’s history as a railroad town and its “DNA shape” hints at our future as a biotechnology hub, with UF Health hospitals right across the street. Now, students, cyclists and families feel safe crossing the bridge at night… and the Helyx is a gateway attraction for the whole city.

Our goal at the GCRA is to wake up sleepy or ignored urban areas and make them come alive. We tap into unrealized potential and build awesome things that matter.

What do you believe is currently wrong with urban developing and what direction do you hope it will one day head toward?

The shape of projects like Innovation Square roadways and park is designed to promote a more active lifestyle. Anthony gave an interesting interview to Fast Company magazine about the importance of creating “walkable blocks.” Check it out here!

Working as an urban redeveloper, if there was one thing you want to say to all Traceurs/Traceuses, what would it be?

Please keep reaching out to the greater community where you live/work/play, embrace the “leave no trace” initiative and help beautify your city by leaving your training ground better than you found it. Oh and never stop training. You never know when a monkey vault will come in handy.

Watch #ReimaginePossible and let us know what you think J A blooper reel is coming soon…!
https://www.youtube.com/watch?v=wmuKbTv4UEU