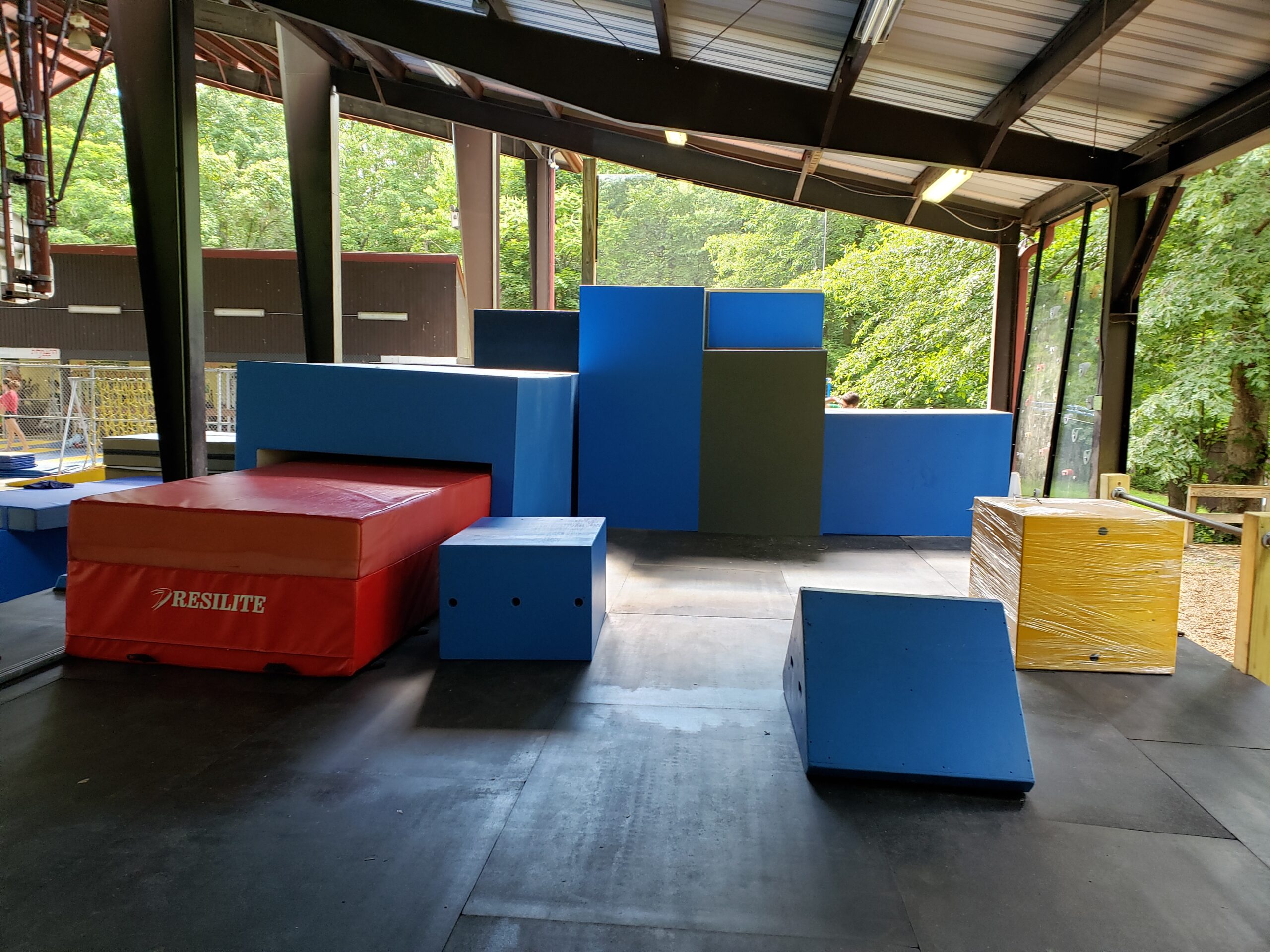 Four years ago, if you had told me I’d end up coaching parkour at a summer camp, I’d have probably stared at you blankly and then laughed. But that is exactly what I spent this summer doing.

For two months I was the full-time parkour coach at the all girl’s Camp Louise. Parkour is a new addition to Louise’s activity menu, so this was an exciting adventure all around. Equally exciting was the fact that Camp Louise had commissioned APK to custom build the equipment for it. The result was a highly modular system molded into an existing space, where the nature of the challenges could be quickly scaled up or down, depending on what the kids were most eager to do. 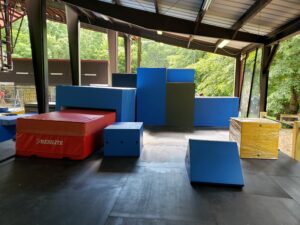 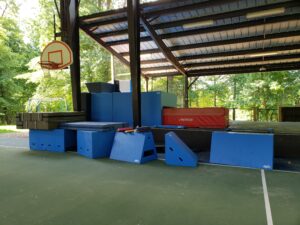 At the start of the summer I wasn’t sure how the whole thing would go, but in spite of my initial trepidation, it went wonderfully. I was delighted, the kids were delighted, and the rest of the camp staff were delighted. It was so good to see these kids jumping, climbing, and smiling. Especially considering the way things have been of late. They really needed it, and to be honest, so did I. I simply cannot choose just one highlight. There was the group of teens who approached me one day to thank me, and say that the classes were leaving them feeling encouraged and empowered. The time a fellow staff member came and informed me that a particular camper who’d been withdrawn and struggling with homesickness had relaxed and blossomed after spending an hour on the obstacles. Then there were the dozens more whose faces I watched transform from nervous disbelief to genuine astonishment and pure joy when they discovered they were capable of doing more than they knew. Most of these kids, I found, were very eager to be challenged and try new things. Particularly once they’d had a taste of their own undiscovered potential. The challenges never needed to be particularly ‘impressive’, just enough to be out of the ordinary and feel like a stretch. It nourished my soul to be able to give that to them and their feedback tells me it nourished theirs as well. 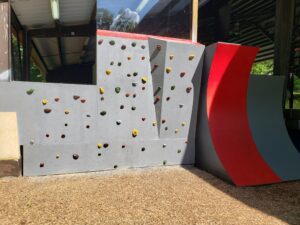 For the time being, parkour is an uncommon element in summer camp programs. There’s a great deal of misconception floating around, and the additional logistics required can easily appear daunting. Camp Louise, and its sibling Camp Airy, are proving that it’s entirely possible to run parkour in a camp setting and to do so very, very successfully. I sincerely hope this is the start of something wonderful and new. I, for one, can hardly wait to do it again next year. 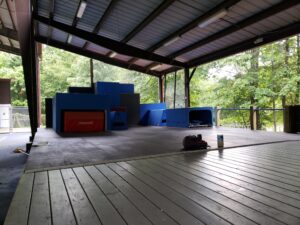 **Note regarding photographs: While it would be wonderful to let everyone see the children’s shining faces, the images used here have been chosen specifically because they do not show any of the campers. This has been done out of respect for the children and their families and for their safety. 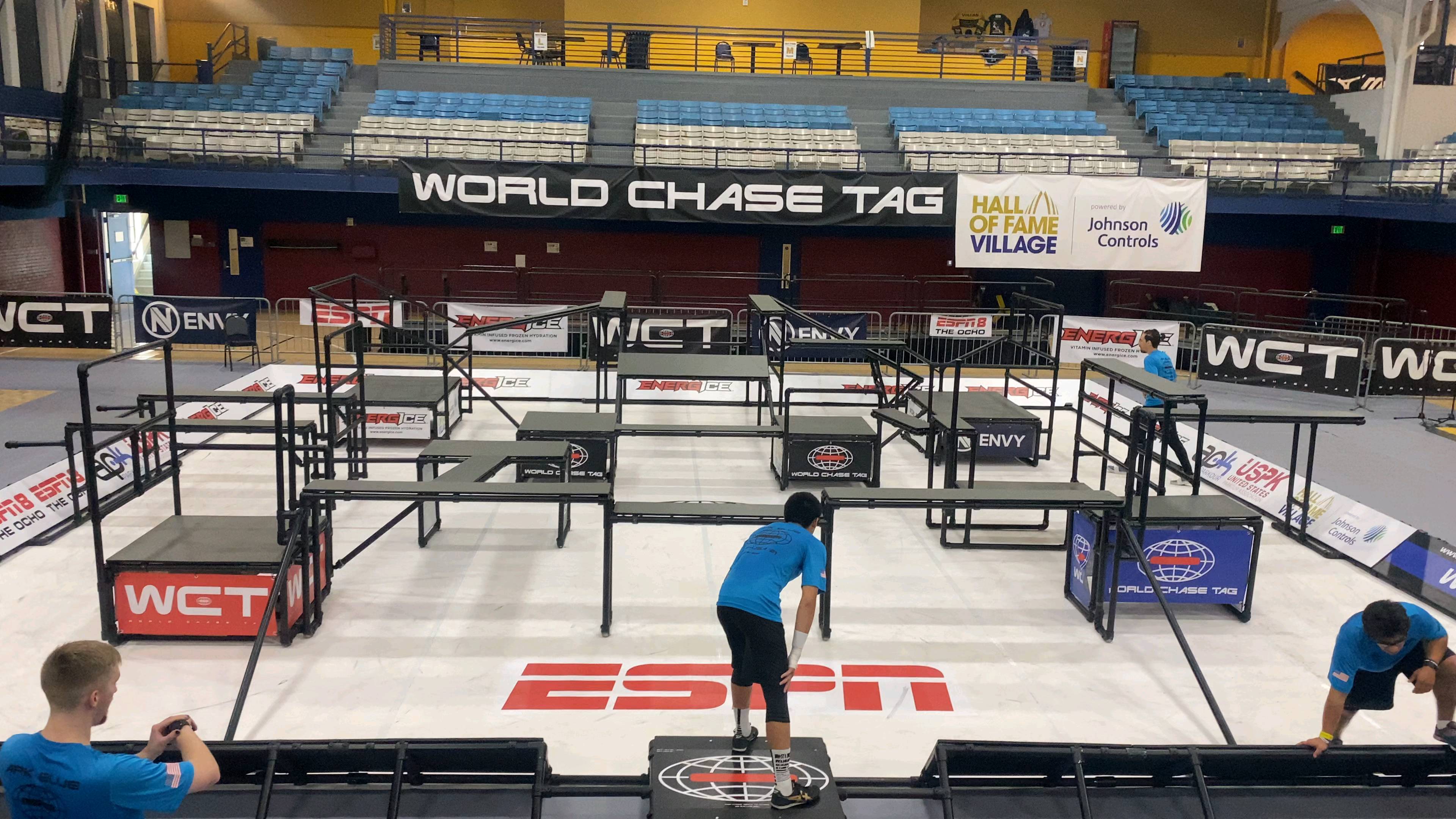 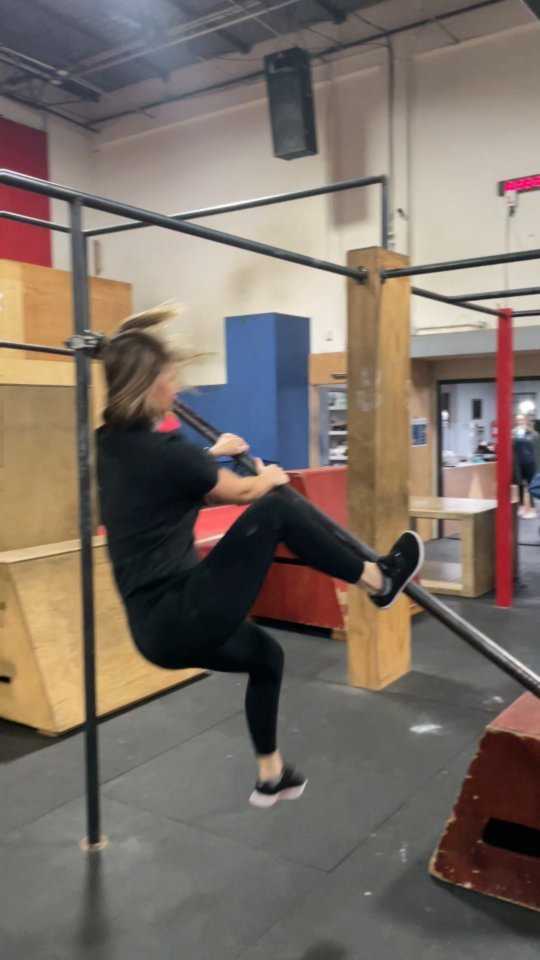 americanparkour
•
Follow
At APK we strive to support all Athletes, and so in honor of National Women in Sports day we have our own @mel2toes working hard in the gym as always 💪 . #parkour #freerunning #apklife #apkparkour #precisionsticks
View on Instagram |
4/6

americanparkour
•
Follow
APK is holding tryouts for the 2022 WCT Season! If you're interested in trying out, you'll need to do the following. Create a Tryout Video (Details for that are on our YouTube LINK IN BIO) Upload that Video to Google Drive and Share that video/folder with apksubmission@gmail.com The deadline for submissions is the Ides of March (if you don't know when that is, better find out) QUICK CLARIFICATION FOR OUR APK FANS This does NOT mean we are scrapping all our previous athletes, in fact you'll most likely see most of them again (because we have some BEASTS on our team) but we do want the best athletes for our teams (as the brothers say, they want to see the best people chase). So holding tryouts opens the doors for new athletes to enter the sport Now Good Luck! And remember, Don't Get Caught #parkour #freerunning #apklife #apkparkour #precisionsticks @worldchasetag @wctfans
View on Instagram |
5/6